Kislev (כִּסְלֵו) is the ninth of the twelve months of the Jewish calendar.

Kislev is the month of Chanukah, the only holiday in the Jewish calendar which spans, and hence connects, two months. Chanukah begins on the 25th day of the month of Kislev and concludes in the month of Tevet (either on the 2nd or 3rd, depending on the number of days in Kislev).

The name Kislev derives from the Hebrew word kesel1 (כֶּסֶל), which means either “security,” or “trust.” There are two states of trust—one active and one passive—both of which manifest in the month of Kislev, which in the human body correspond to the right and left kidneys, respectively. In Hebrew, the word for kidney2 is also kesel (כֶּסֶל).

The miracle of Chanukah reflects the active trust of the Hasmoneans (the Maccabees) in God that drove them to stand up and fight against the Hellenistic Seleucid kingdom (and its culture). Kislev's sense is sleep. Sleep too is connected with trust and reflects the passive trust that we all have that God's Providence always watches over all.

The month of Kislev is also related to redemption of Rabbi Shneur Zalman of Liadi, the founder of Chabad and disciple of the Magid of Mezritch, the successor of the Ba'al Shem Tov. Rabbi Shneur Zalman, also known as the Alter Rebbe authored the Tanya, the classic text of Chassidut. He was sentenced to death by the Czarist regime in Russia because of his support for Jews who lived in the Holy land, at that time under the rule of the Ottoman empire. Spiritually, it was revealed to him that he was being sentenced in heaven for openly disseminating the innermost mysteries of the Torah. On the 19th day of Kislev 5559, the Alter Rebbe was cleared of all charges and freed. The 19th day of Kislev is therefore referred to as "the New Year of Chassidut" implying that through the spiritual channel of this day, the inner wisdom of Chassidut and the power to integrate its wisdom into one's daily life is brought down into this world. Indeed, the foundation of the way of Chassidut is absolute trust and faith in God's omnipresence and the omnipotence of His Divine providence.

The name of the letter samech implies "support." The experience of feeling supported corresponds to the trust and confidence in Divine providence associated with Kislev, as described above. In the same vein, in Psalms we find the expression, “God supports (סוֹמֵךְ) all the fallen and lifts up all the bent over."3 Also, "Should he fall, he will not be cast aside, for God supports (סוֹמֵךְ) his hand."4

The letter samech is shaped like a circle, representing God’s omnipresence and universal providence. The "great circle," representing God’s Infinite light is explained in Chassidut to reflect His right arm embracing (and supporting, from beneath) with great, infinite love, all of reality, as is said, "And from beneath, the arms of the universe."5

The zodiac symbol of Kislev is the bow (קֶשֶׁת), which means both an archer’s bow and a rainbow. The latter relates clearly with the theme of Chanukah as the archer’s bow of the Maccabees. It symbolizes their active trust in God to fight against the Hellenistic culture that ruled the world at the time. Though the Hasmoneans themselves were members of the tribe of Levi and part of the priesthood, in the Bible, the art of archery and the bow are ascribed to the tribe of Benjamin in particular, the tribe of the month of Kislev (see 2 Chronicles 14:7).

When corresponding the tribes of Israel to the months of the year, the priests (kohanim) and Levites are not counted (according to the Arizal—instead the tribe of Levi corresponds to Second Adar, the 13th additional month inserted into 7 out of every 19 years). As an all-inclusive manifestation of the Jewish soul, the priests contain and reflect the spiritual source of each of the twelve tribes of Israel. This is especially true in relation to the tribe of Benjamin, because the Holy Temple, where the priests served, was constructed in his portion of the Land of Israel. Thus the relationship between the priesthood and Benjamin is similar to that between the soul and the body. The priests fight the holy war embodied in Benjamin’s bow.

The archer’s bow is a projection (or, one might say it is shot, like an arrow out of a bow) of the rainbow—the sign of the covenant made between God and creation never to destroy the world again and a sign of peace—which pervades the end of the previous month, Cheshvan.6 Graphically, the two bows—the rainbow and the archer’s bow—are two half circles, that when joined together form the shape of the circular letter samech, the letter of the month of Kislev.

As mentioned earlier, the tribe of Benjamin is the one most gifted with the art of the bow. The Holy Temple in Jerusalem was built in the part of the Land of Israel belonging to Benjamin. Moses prophesied this in his blessing for Benjamin, “To Benjamin he [Moses] said, ‘[Benjamin is] the beloved of God, He [the Almighty] shall dwell trustfully over him; He hovers over him all the day, and between his shoulders He rests."7 Here we explicitly see that Benjamin symbolizes both trust and rest, the sense of the month of Kislev.

Of all the tribes of Israel, Benjamin was the only one born in the land of Israel. The land of Israel is the place where one most clearly experiences Divine providence. In the words of the Zohar, “There is no place vacant of Him.”8

When Jacob blessed Benjamin before his passing, he likened him to a wolf. Based on this blessing, Jacob is symbolized by a wolf. The wolf, representing craving and gulping down food without chewing (wolfing it down), symbolizes Benjamin’s mundane craving for God and his ability to excite others about grabbing Divinity wherever and whenever it can be found. In the body, the kidneys are identified as the source of craving, and as noted earlier, one of the meanings of the name Kislev is kidneys. In addition, the kidney’s are the seat of the sefirot victory and acknowledgment whose inner essence and motivating force are active and passive trust.

Sleep depends on the tranquility and restfulness that comes from feeling trust and security in God and His Divine providence. At the end of Leviticus, we find the blessing, “And you shall dwell securely in your land. And I shall give peace in the land, and you shall lie down without fear….”9

To have a sense in sleep suggests something we all ascribe to achieve. The word "sense" (חוּשׁ) itself is cognate to “quickness” (חִישׁ) implying that a person who has a well-developed sense of sleep has the ability to sleep well but quickly. Indeed, we know that the greatest of the tzadikim, required very few hours of sleep each day.

Benjamin’s talent and prowess with a bow—the ability to shoot and hit his target—depend upon a most tranquil inner spirit. In fact, the whole process of aiming, shooting and hitting the target can be described as being almost asleep. The archer’s tranquility comes from the realization that it is God that guides his arrows to their intended targets. A tranquil personality is one with little inner friction and tension. The sense of sleep suggests the ability to release stress, as one lies quietly confident in God’s support.

The sense of sleep is of course deeply related with the dream state (see Kislev: The Month of Dreams). When one possesses complete trust in God one dreams the future in positively. Good dreams at night reflect good thoughts throughout the day, especially the optimistic attitude and consciousness taught by Chassidut, “Think good and it will be good.”

The part of the body considered Kislev’s controller, or guide, is the belly (קֵבָה). The relation between the belly, especially when it is full and satiated and the tranquil state of sleep (Kislev’s sense) is clear and explicit in the teachings of our sages. The rectified individual always has a figuratively full belly, regardless of his or her conditions. To attain this state of contentment, one must never be jealous of others, as the sages state, “Who is rich? He who is happy with his portion.” Being content demands a spiritual outlook on life and its conditions; an outlook that makes us realize that our portion—the hand we have been dealt by the Almighty—is indeed ours and no one else’s. The word “belly” derives from the word “measure” (קַב). The sages state that by nature, “The individual desires one measure of that which is his, more than he desires nine measures of that which belongs to his fellow.”

Being content ourselves is the best way to feed the world—to ensure that Divine effluence reaches all. One of the greatest (and poorest) Mishnaic sages was Rabbi Chaninah ben Dosah. Despite his extreme poverty, Rabbi Chaninah was always content. The Talmud relates that it was said in heaven that, “The entire world is fed in merit of Chaninah my son, yet Chaninah himself is content with merely one measure of carobs every week.”10Rabbi Chaninah also teaches us that a content belly is possible when one knows one’s proper measure.11

In English, belly is not a very specific anatomical term. To properly identify the belly, we need to go back to the Pentateuch, where we find that the belly is one of the three organs donated to the priests from every kosher animal slaughtered12 (not for the purpose of a sacrifice).13

Still, from the description of Pinchas’s act of self-sacrifice,14 we learn that the word “belly” (קֵבָה) also refers to the womb. Thus, belly can be understood not only as a specific organ in the body but a general term, including the entire region of the abdomen, which like its synonym בטן, can refer to the stomach, the (large) intestines, or the womb. The womb, in particular, relates to Benjamin, Kislev’s tribe. Benjamin is described as the “point of Zion” in Kabbalah, referring to the feminine aspect of the sefirah foundation, anatomically identified with the female procreative organ, the womb.

6. See our article on Cheshvan.

7. Deuteronomy 33:12. Note that Benjamin’s blessing follows Levi’s (which also refers to the priesthood, who were form the tribe of Levi), an allusion to the future connection between the Hasmoneans and the art of the bow, Benjamin’s expertise.

11. This concept will appear again in the month of Shevat, its sense (eating and taste) and its controller (the eetztumka or kurkevan, the esophagus to stomach).

14. The sages (Chulin 134b) teach us that all three gifts allude to the various actions taken by Pinchas at that time in order to save the children of Israel from the plague that had begun killing them. 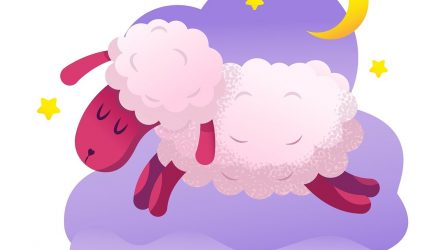