According to The Book of Formation (Sefer Yetzirah) Each month of the Jewish year has a corresponding color, a letter of the Hebrew alphabet, a zodiac sign, one of the twelve tribes of Israel, a sense, and a controlling organ/limb of the body.

Nisan is the first month of the Jewish calendar.

The first commandment given to the newly born nation of Israel before the Exodus from Egypt was: "This month [the month of Nisan] shall be for you the first of the months" (Exodus 12:2).

The month of Nisan begins, in particular, the period (tekufah) of the spring. The three months of this period–Nisan, Iyar, Sivan–correspond to the three tribes of the camp of Judah–Judah, Issachar, Zebulun–who were situated to the east of the Tabernacle. In the Torah, Nisan is referred to as "the month of the spring" (חודש האביב).

In addition, Nisan is the first of the six summer months, which correspond to six levels of direct light (in Divine service–"arousal from above"). This is alluded to in its synonym "the month of spring" (אביב), whose first two letters, alef (א) and beit (ב),are in the direct or straight order of the Hebrew alphabet.

Nisan is also referred to as "the month of the redemption." According to the accepted opinion of our sages: "In Nisan our forefathers were redeemed from Egypt and in Nisan we will be redeemed" (Rosh Hashanah 11a).

Nisan is a month of miracles, as its name stems from the Hebrew word for "miracles" (ניסים). The fact that the name Nisan (ניסן) possesses two nuns (נ and ן) implies according to the sages to "miracles of miracles" (ניסי ניסים). Of the future redemption, it is said: "As the days of your exodus from Egypt, I shall reveal to him wonders." In Chassidut this verse is explained to mean that the wonders of the redemption of the future will be wondrous and miraculous even relative to the miracles of the Exodus from Egypt–hence "miracles of miracles."

The letter hei is the phonetic source for all 22 letters of the alef-beit.

The sages teach us that "with the letter hei God created this world." As it says in the beginning of the second account of Creation (which corresponds to the Jewish calender, beginning from Nisan): "When they were created" (בהבראם) and this word is written in a manner that it means "with [the letter] hei, they were created." Thus, the month of Nisan signifies the annual renewal of the creation of this world.

The lamb symbolizes the Pesach sacrifice, the first sacrifice of the Jewish people to God just before their redemption. The Jewish people itself is symbolized by a lamb (surrounded by seventy wolves). Of all of God's creations, the lamb possesses the innate ability to arouse mercy by its voice (the origin of the sense of speech of the month of Nisan).

Judah is the king (the "first") of the tribes of Israel. His name means to give thanks, in speech (the sense of Nisan).

The king rules his people by the power of his speech, an idea found in the verse, "For the king's word is his sovereign power." The month of Nisan is "the new year for kings" (Mishnah Rosh Hashanah 1:1, see also this article).

The sense of speech implies ones ability to express one's deepest feelings and insights. Therefore, conceptually, all forms of expression are referred to generically as "speech."

"This world" (created by the letter hei of Nisan) is one that is founded upon (verbal) communication. Personifying the sefirah of kingdom, our present reality is often referred to as "the world of speech" (or "the revealed world").

The very root of the Hebrew word for "speech" (דבור) means "to lead" (לדבר), as in the verse, "He will cause us to lead many nations" (Psalms 47:4). Thus the sense of speech is in essence the sense of leadership.

Thus, the redemption from Egypt (the existential state of "confinement," the inability to truly express oneself–"all exiles are referred to as Egypt") symbolizes freedom of speech.

Just as "speaking" means "to lead," so does one's gait (with one's right foot, the foot of trust and confidence) direct and control one's sense of speech, as is said: "walkers on the way, speak" (Judges 5:10). Speaking words of Torah while walking on the way inspires new insights into the secrets of the Torah. For this reason, we find that many of the secrets of the holy Zohar were revealed in the context of "walking on the way."

Nisan: Resources For the Hebrew Month of Nisan 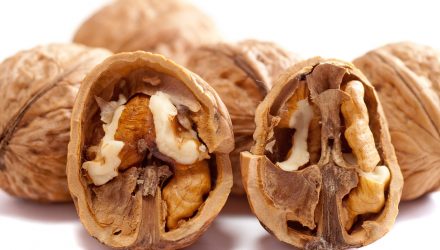 “I Went Down to the Walnut Grove” With the Ten Plagues that afflicted Egypt, God made the Jewish people conscious of Him, as the Torah states, “For

When performing the mitzvah of, “You shall tell your