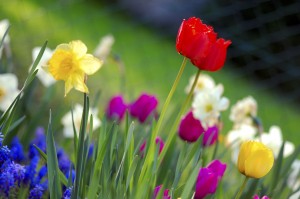 Nissan, the first month of the Jewish calendar, is the month of love. The Biblical name for the month, Aviv, is phonetically related to the Hebrew word for “love,” ahavah.

In Nissan, nature reawakens and expresses anew its love for its Creator. Similarly, in this month the Jewish soul renews its love for its Redeemer, who delivers it from Egypt, i.e., the restrictions and limitations of nature. The Hebrew name for Egypt, Mitzraim, is phonetically related to the word for “restriction,” meitzar.

Recalling the exodus from Egypt, G-d tells His people: “I remember the kindness of your youth, the love of your espousals, when you went after Me in the desert, in land not sown.” On the central holiday of this month, Pesach (Passover), we read the Song of Songs, the love song between the Divine groom, G-d, and His beloved bride, the Jewish People. “How beautiful and how pleasant you are, O love of delights!”

The three pilgrim festivals–Pesach, Shavuot, and Sukkot–correspond to our three forefathers–Abraham, Isaac, and Jacob. G-d calls Abraham “My beloved one.” Abraham was the first to lovingly spread Divine consciousness in the world.

The first day of creation was Sunday. On the Sunday of every week, the creation of the world is renewed, and all creation receives a new, higher life-force than it had ever before possessed.

The spiritual essence of the month begins to shine on its first day, called in Hebrew Rosh Chodesh. The most important Rosh Chodesh Nissan was that of the second year after the exodus, when the Tabernacle (Mishkan)–the complex which housed the revelation of G-d on earth–was erected and began to function. This Rosh Chodesh occurred on a Sunday.

The experience of love is one of light shining to one from another; love is a two-way relationship. “As the reflection of one’s face in water, so is the reflection of one’s heart in another’s.” When G-d redeemed us from Egypt, He “exposed” Himself to us by revealing Himself, and we “exposed” ourselves to Him by following Him blindly into the desert. This is the meaning of the verse from the Song of Songs: “I am my Beloved’s, and my Beloved is mine.”

Chassidut teaches us that there are three levels of experience in love: clinging, passion, and desire.

On the Seder night, we perform active commandments, such as eating matzah and maror, drinking the four cups of wine, and so forth. As we do so, we aspire to feel G-d’s love for us as we cling to Him.

Reciting the Hallel on the Seder night is a form of prayer, in which we feel the passion of our heart to draw close to G-d.

Reciting the Haggadah itself is the Torah of the Seder night. Through reciting the Haggadah, our love of G-d ascends to its highest point, as our desire for Him makes us yearn to be absorbed into His very essence and unite with Him totally.

With blessings for a kosher and happy Pesach, 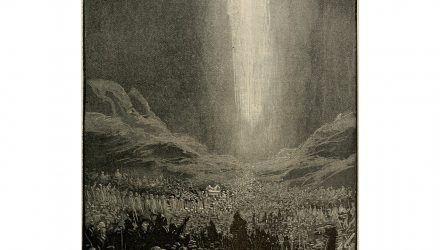 In Rabbi Nachman of Breslev’s story, “The Son of

Q: Why do we open the Seder night with

Q: Over the past number

Q: Why drink wine and