According to Sefer Yetzirah, to each month of the Jewish calendar there corresponds a letter of the Hebrew alphabet, a zodiac sign, one of the twelve tribes of Israel, a sense, and a controlling limb of the body.

Tamuz is the fourth of the twelve months of the Jewish calendar.

The month of Tamuz begins the "season" (tekufah) of the summer. The three months of this season, Tamuz, Av and Elul, correspond to the three tribes of the camp of Reuben–Reuben, Simeon and Gad–who were situated to the south).

Tamuz is the month of the sin of the golden calf, which resulted in the breaking of the Tablets. On that very day, the 17th of Tamuz, begins the three week period (ending on the 9th of Av) which commemorates the destruction of the Holy Temple in Jerusalem.

This is the month that the spies sent by Moses traveled through the land of Israel to see it and report to the people. (They returned on the eve of the 9th of Av).

The form of the letter chet is composed of the two previous letters of the Hebrew alef-beit, the vav and the zayin (corresponding to the two previous months of Iyar and Sivan) connected from above by a thin "bridge." In relation to the sense of sight, the form of the chet represents the dynamic of spiritual light being emitted from the eyes (the vav) and physical light returning from the object observed, to the eyes (the zayin).

The word Tamuz reads in Hebrew: "tam"–"connect together," "consummate"–vav zayin?the two letters that together form the chet.

One of the meanings of the root of sartan, seret, is a visual "strip," in general, or (as in modern Hebrew) a "film" strip in particular.

The spiritual sense of sight of Tamuz is the ability to "see through" physical reality to behold its Divine source. In accordance with this thought, the word sartan is understood as being composed of two words–sar tan–which literally reads: "remove the body" (in order to reveal the soul), i.e. remove the outer "shell" of reality (by means of the power of concentrated sight) in order to reveal reality's inner "fruit" and lifeforce.

The name Reuben comes from the root "to see," the sense of Tamuz.

The precious stone of Reuben in the breast-plate of the high priest is the odem, the ruby (from Reuben), which due to its brilliant red color (odem means red) is the most sensually visible of the stones.

Red is the most seductive of all colors, implying either the fall of man (in Hebrew odem [red] has the same spelling as adam [man]), as in the sin of the golden calf, or the ultimate rise and rectification of man, with the coming of Mashiach.

The summer (the period of Tamuz) is the "holiday" of the eyes. It is the time that one must "guard" his eyes to see only that which is good (in the world in general and in his fellow man in particular) and modest. The ability to guard and focus one's eyesight correctly is the rectified "sense" of sight.

At the end of Moses' blessing Israel he said (Deuteronomy 33:28): "betach badad ein Yaacov–sure, alone, is the eye of Jacob." The word betach, "sure," is an acronym for three words: bracha tov chayim, blessing good and life. These are the three focus-points of rectified eyesight, as is said (Deuteronomy 11:26): "See, I give before you today blessing and curse. The blessing…," and subsequently (Deuteronomy 30:15-19): "See, I have given before you today life and good, and death and evil…and you shall chose life." In relation to these three one must train one's eyes (both spiritual and physical) to see only the inner positive dimension of reality and not to focus upon reality's outer, negative "shell."

This is the meaning of "sure, alone, is the eye of Jacob." The sense of the Jewish eye ("the eye of Jacob") is to only ("alone") see that which is "sure"–G-d's blessing, good and life.

The right hand, in general, and its index finger, in particular, serves to direct and focus one's eyesight.

When reading the Torah scroll, it is a custom to point at every word with a silver "finger." It is also a custom to use the right hand to make signs to indicate the cantillation nuances for the reader of the Torah.

The wedding ring is placed by the groom on the index finger of the bride's right hand. This elevates the couple to the level of "my dove" (Song of Songs 5:2), the intense expression of love transmitted by the never ceasing gaze of the eyes one to the other (turning the eyes as red as a ruby)–"your eyes are as doves," (Song of Songs 5:12) 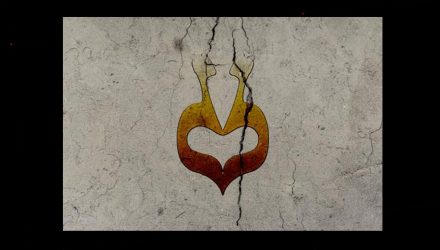