Tevet: Resources For the Hebrew Month of Tevet

The Month of Tevet: Joseph’s Body

The Divine soul of a Jew is, “truly a part of God above.” Therefore, it is not surprising that the soul has eternal existence. However, regarding the body of a Jew, we surprisingly learn that in any situation—even when it goes down to Egypt, described as “the nakedness of the land,” the most impure state—it continues to live and thrive.

The sages describe the month of Tevet as the time that the body enjoys the body. What is the spiritual meaning of this saying from the sages? How do spirit and matter interact and what is each one's role in sustaining life? This articles explores the soul-body interaction from the perspective of Torah and offers an innovative new interpretation of the character of the month of Tevet. Click here to read the full article

The Meaning of the Fast of the 10th of Tevet: Spreading Truth and Peace to All Nations

As it stands today the tenth of Tevet represents the loss of our ability, as the Jewish people, to shine the light of the Torah and its true message of peace to the nations of the world. The tenth of Tevet serves as a collective memory for when we lost our ability to influence and enlighten other nations about the Creator and their covenant with Him. Click here to read the full article

10th of Tevet: The Tenth Descent to the Tenth of Tevet

We might say that the Tenth of Tevet is the lowest descent. On Rosh Hashanah everything is pristine and clear, initial and pure, as if we stand on a mountain peak, breathing in deeply the fresh mountain air. Then, our prayers are at the highest possible level, as we pray to God, “Rule over the entire world with Your glory.” But, it is difficult to stay at the summit of this spiritual mountain, and after the festivals we naturally begin to descend…

24th of Tevet: The Rabbi and the Emperor

What connection is there between Rabbi Shneur Zalman of Liadi and Napoleon Bonaparte? These two figures, whose lives seem so far removed from one another, lived during the same era. In fact, the clash between them was perhaps the real war that took place behind the scenes of the French Revolution.

Rabbi Shneur Zalman’s decision to flee from Napoleon is reminiscent of Moses’ reaction to the serpent at the Burning Bush in the Torah portion of Shemot (the last portion that was read in Rabbi Shneur Zalman’s lifetime). God told Moses to throw down his staff. When it suddenly turned into a snake, Moses immediately, “fled from it”―an instinctive human reaction to an encounter with a snake! 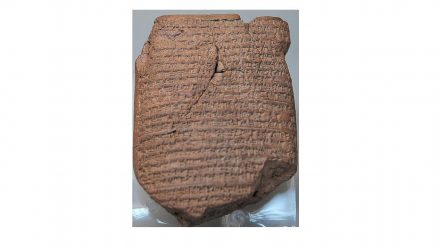