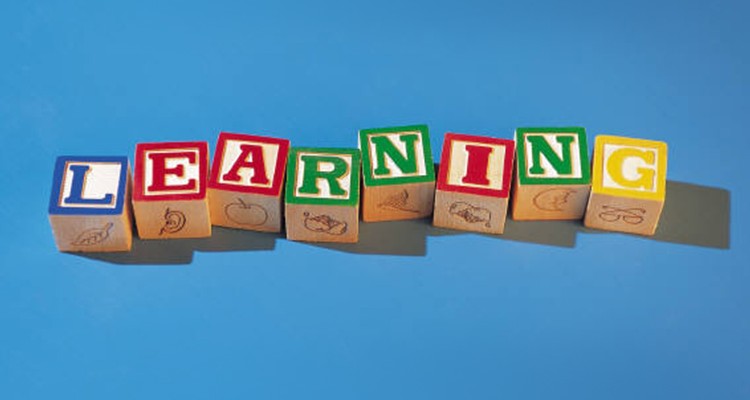 The Development of Hearing

In many Jewish communities, the custom is to give a male child his first haircut at age 3. The event surrounding the haircut is called either an upshernish or a chalakeh. Even though this is a popular custom, there is not much understanding of it.

One of the sources that tell us that age 3 is an important milestone in a child’s life relates that Abraham recognized the Creator when he was 3 years old. The sages learn this from the verse “Because Abraham has listened to Me.”1 The numerical value of the word “because” in Hebrew (עֵקֵב ) is 172, 3 less than Abraham’s lifespan of 175 years, suggesting that he listened to God from the age of 3.

But, we learn something more from this verse; that at the age of 3 a child begins to listen, begins to hear. It follows that until the age of three the main sense that develops is sight. But, at 3 years old a child’s hearing begins to develop. Cognitively, this means that the mind begins to favor hearing and everything that it represents over sight. One of the things that hearing represents is fear, as learnt from the verse, “God, I have heard Your sound, and I am struck with fear.”2 Emotionally, this means that before the age of 3 the child should be raised solely with love, as he or she does not yet benefit from fear.3

Hearing as a Faculty

Now let us explain what the transition from sight to hearing represents. Put another way, what is there in hearing that sight does not have? According to a verse in Proverbs, “The ear analyzes words.” The ability to analyze depends on the ability to cut or divide something into pieces.4 In Kabbalah, hearing is associated with the sefirah of understanding, which is the power of logical analysis.

As an archetypal power of the soul, the influence of hearing/understanding can be found in all our faculties. For example, an artist who uses the golden section to structure his visual work is actually using the sense of hearing, as it is manifest in sight. Knowing how to divide things correctly is the basis of all beauty. Indeed, the gematria of the Hebrew word for “grace” (חֵן ) is equal to that of the word for “ear” (אֹזֶן ). Thus, the sense of correct proportion in sight begins to develop after age 3.

What this means also is that before the age of three, when sight is the dominant sense, the child experiences reality as totalities, and has a hard time analyzing his surroundings. These are the main years of acquiring basic language skills that relate to objects.

Obviously, the Torah has a great deal to teach us about how to analyze reality correctly. In fact, without a Torah framework, a person is hard-pressed to correctly perceive his surroundings in the first place. The categories that we gain from Torah study serve as the fundamental conceptual categories for understanding throughout life. How then should we begin? What should we concentrate on when developing our children’s analysis skills from age 3?

To answer this question let us being by noting that there is a special mitzvah to cut hair, which is brought down as analogous to the child’s first haircut. This is the mitzvah to give the first shearing of sheep’s wool to the Cohen. In the Torah, this is referred to as “the beginning of shearing” (ראשית הגז ).5 That the child’s haircut is likened to the shearing of a sheep suggests the common Hebrew idiom by which young children are referred to, “the holy flock” (צאן קדושים ). Now, from the name of this mitzvah we can glean something more about how to develop a child’s cognitive ability once he turns 3. The word for “shearing” (גֵז ) is composed of the two letters gimel (ג ) and zayin (ז ), whose numerical values are 3 and 7. Immediately, we are struck by the fact that these two numbers represent the division of the ten sefirot into 3 intellectual and 7 emotive—the most basic and primary division of the sefirot learnt by any student of the inner dimension of the Torah.

So, the beginnings of instructing a child on how to analyze should concentrate on the division of 10 into 3 and 7. Everything in reality is analyzable using the 10 sefirot as 10 categories, or 10 parts that are reflected in everything in life. This is the first thing that should be impressed upon a child. Next, we need to help the child see how everything divides into 3 and 7.

The Division of 10 In Kabbalah

In Kabbalah, the division of 10 into 3 and 7 is brought in regard to the name of the angel called Metatron.6 As Rashi notes, Metat, as he is called, is the angel who escorted the Jewish people in their desert travels towards the Land of Israel.7 The value of Metat’s full name is 314, the same as the value of God’s Name, Shakai (ש־די ). But, as the Arizal explains, there is a strong numerical connection between Metat and Havayah, God’s essential Name. Take the first letter of Havayah, yud (י ), whose numerical value is 10, and divide it into a zayin (ז ) and a gimel (ג )—as just noted. The squares of these two letters are then 49 and 9, respectively. 49 is the value of the first two letters of Metat (מט) and 9 is the value of the third letter (ט ). The remaining three letters of Havayah (הוה ) equal 16, whose square is 256, the value of the remaining three letters of Metat (רון ). Indeed, Metat is described as a young child (נער ), suggesting that his name is indeed connected with the cognitive development of young children.

Now, let us look a bit more in depth at what the division of the 10 sefirot into 3 and 7 represents. The division into 3 and 7 represents the division of something into a head and a body (in the human being the head is populated by the first three intellectual sefirot and the body by the seven emotive faculties). So, knowing how to divide the whole (10) into 3 and 7 can also be understood as the ability to discern between the head and the body of that whole. The head is what gives the body its life force and ensures that there is good flow of life throughout. Without knowing how to divide something into a head and a body, the flow cannot be understood.

Of course, as with all children’s education, learning how to divide has to be fun. A hint for this can be found in the verse describing the Torah as God’s blueprint for creation. The verse describes the Torah as the object of God’s recreation and fun (שעשועים ).8 The root of this word is a double root, in that it comprises 2 letters that repeat, shin and ayin(שע ). In reduced numbering, these two letters equal 3 and 7, respectively, suggesting that the most basic form of enjoyment is in dividing (10 into 3 and 7).

From Division to Multiplication

In Kabbalah, 21 is the value of God’s Name, Ekyeh (אהיה ), which means “I will be,”9implying that when a child reaches the age of 3, he receives an illumination from the NameEkyeh, so this is a turning point in the child’s—a new beginning. Moreover, in the verse regarding the Torah as God’s object of recreation and mentioned earlier the word “I will be” repeats itself twice, thereby alluding to its initial appearance as God’s Name “I will be that which I will be.”

(based on a farbrengen given on 18th of Kislev, 5769 in honor of the Upshernish of Avraham Shimon Giladi)

3. In general, Chassidut favors love over fear, but sometimes, the need for discipline does call for developing a fear of punishment or a fear of rebuke.

4. The ear is of course our normal sense for obtaining language input. One of the most difficult tasks that learning a foreign language requires is the ability to divide the flow of words spoken by native speakers into separate words. By extension, this is also one of the main difficulties in achieving voice recognition in computers. A person who speaks a language uses a variety of techniques in order to divide the continuous flow of sound into distinct speech elements.

6. As with all the angels’ names, we do not pronounce the full name, which is Metatron. 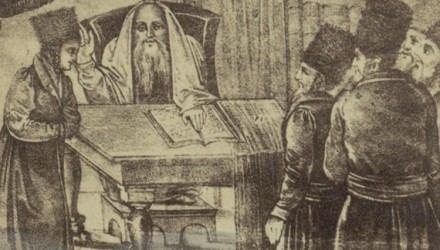 Q: How is it that