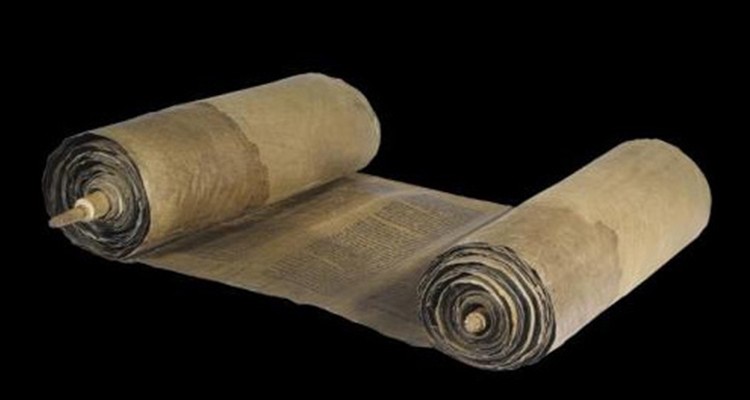 To view this article in PDF format, click here: mathematical-genetics-1. (You can also download the PDF version by right-clicking on this link and selecting “save link as…”).If you do not have Adobe Acrobat Reader and cannot view PDF files, please go here and follow the instruction to install this free software.

The Largest Word in the Pentateuch

The Largest word in the Pentateuch, meaning the word with the greatest number of letters, appears in Parshat Va’eira, in one of the verses describing the second of the Ten Plagues, the plague of frogs,

The river will swarm with frogs and they will ascend and come into your house, into your bedroom, and on your bed, and into the houses of your servants, and your people, into your ovens and into your dough.1

The word is “into your dough” (וּבְמִשְׁאֲרוֹתֶיךָ ) and has 10 letters. The first thing that comes to mind is that perhaps this phenomenon of ten relates to the Ten Plagues themselves, as though to say that all of the Ten Plagues are alluded to in this unusual word that appears in the context of the second plague of frogs.

The numerical value of וּבְמִשְׁאֲרוֹתֶיך is 985, a number whose significance we will have to try to understand.

The verse in which this word appears has 15 words. 15 is the triangle of 5, so we will draw this verse in a triangular figure. But, first let us note that the inner structure of the verse (defined by the etnachta cantillation mark) divides it into 10 words and 5 words. Contextually, the first 10 words address Pharaoh himself and the remaining 5 refer to his people. Indeed, Rashi on this verse notes this shift in reference and explains that because Pharaoh was the first to conjure up a plan how to enslave the Jewish people, the frogs punished him first then went on to his people. This division of the 15 words into 10 and 5 is known as “a whole and a half” in Kabbalah. From a geometrical point of view, the first 4 rows of the triangle of 5 have 10 words and the final row contains the remaining 5:

Note that the word וּבְמִשְׁאֲרוֹתֶיךָ is the 15th and final word of this verse. Interestingly, if we add 15 to 985, we get 1000, or 10 (alluding both to the number of letters in the word and to the number of plagues) to the 3rd power. We will come back to this phenomenon later.

Since the word וּבְמִשְׁאֲרוֹתֶיךָ has 10 letters, it can also be written in the form of the triangle of 4, like this:

The Record Gematria in the Pentateuch

Now, from the largest word in the Pentateuch, let us turn to the word with the greatest value. This word appears in parshat Korach, in the account of the controversy of Korach, Datan, and Aviram against Moshe Rabeinu,

Is it not enough that you have taken us out of a land flowing with milk and honey so that we might perish in the desert, but you have also ruled over us forcefully.
The Hebrew word for “you have ruled over us” (תִשְׂתָּרֵר) has the greatest numerical value of all the words in the Pentateuch, 1500. 1500 is not just a nice round number. It is also the value of Havayah (י־הוה) in what is known in Kabbalah as haka’ah pratit (meaning inner multiplication). To compute this we take the numerical equivalent of each of the four letters of Havayah,

and multiply them by one another:

In this verse, תִשְׂתָּרֵר is the 11th word. Immediately it comes to mind that the largest word, וּבְמִשְׁאֲרוֹתֶיךָ, was the 15th word in its verse. 11 and 15 are of course the values of the two halves of Havayah. The first two letters, י־ה , the holy Name Kah, equal 15. The final two letters, וה , equal 11. We will explore this in more detail later.

Since תִשְׂתָּרֵר possesses 5 letters, it completes וּבְמִשְׁאֲרוֹתֶיךָ, which has 10 letters to form the triangle of 5, like this,

All of these phenomena illustrate that the two words, the largest and the greatest, and the two verses in which they appear complement and complete one another.

The Largest with the Greatest

But, let us go another level deeper in our study of the largest and the greatest words of the Torah. The most important indication that these two words are meant to go together can be seen in their combined gematria.

Moreover, the combined value of the Hebrew names of the Five Books of Moses (the Pentateuch) exactly as they are written in the Torah: Genesis (בְּרֵאשִׁית ), Exodus (שְׁמוֹת ), Leviticus (וַיִקְרָא ), Numbers (בַּמִדְבָּר ), and Deuteronomy (הַדְבָרִים ), is also exactly 2485!

Let us take a closer look at the names of the books of the Pentateuch. First, note that together they posses 26 letters, the value of Havayah, God’s essential Name. And, these 26 letters divide neatly into 15 in the first three books (בְּרֵאשִׁית שְׁמוֹת וַיִקְרָא ) and 11 more in the last two books (בַּמִדְבָּר הַדְבָרִים ), just as Havayah divides into 15 and 11, as noted above.

Now let us add together the gematria of the largest and the greatest words of the Torah together with their locations in their respective verses. We have then,

2511 is the product of 81, “I” (אָנֹכִי), and 31, the holy Name, Kel (אֵ־ל). Amazingly, these two words appear in sequence only twice in the entire Bible, once in the order “I am Kel” (אָנֹכִי אֵ־ל) and once in the reverse order, “Kel am I” (אֵ־ל אָנֹכִי). Of course, regardless of the order, multiplying them by one another gives the product 2511:

Let us delve further into the significance of 985, the value of וּבְמִשְׁאֲרוֹתֶיךָ. In another article, we discussed the Pythagorean triplets of the form a, b, c, where b = a ┴ 1 and of course a2 ┴ b2 = c2. The triplets we saw were

The next such triplet is:

The sum of these first four numbers, 204, was discussed in the other article.

Now we would like to ask, what is the rule—the algorithm—for the recursive function that generates this series. The rule involved is quite common in many series. Its recursive nature can be likened to genetics, where the next generation is a product of the previous generation with some shift, or correction provided by even earlier generations. For this reason, we describe recursive functions of this sort as mathematical genetics.

To illustrate the recursive rule involved, it is best to organize a, b, and c in three columns:

Stated in genetic language, we can say that the rule for the c column is: the “son” equals 6 times the “father,” minus the “grandfather.”

In mathematical notation, we would write:

Interestingly there is another rule that produces the c column, stated again in genetic language: the son equals 7 times the difference between the father and the grandfather plus the great-grandfather. Or, in mathematical notation,

Sometimes the correction is provided from outside the “family,” as in the case of the a column. The rule there can be described as: the son equals 6 times his father minus his grandfather plus 2, where the 2 is a pure correction factor coming from outside the family. Or, in mathematical notation,

The rule for the b column is the same, except that the external correction factor is minus 2, or,

Interestingly, if we now adopt the second variation of the rule for column c, taking into account four generations, the rule is the same for every column. Explicitly,

Another advantage of the second variation is that it does not include the external correction (┴ 2 or – 2) of the first variation. In other words, all is in the family. Though it requires knowing more family history (4 generations, instead of 3) it is in the end more uniform and more elegant.

What we have observed here (the 2 rules and their advantages) is true of all similar recursive functions in general and those that appear in the Torah specifically.

In the forthcoming second article on this subject of mathematical genetics, we will explore other recursive functions that are produced by various topics in Torah. 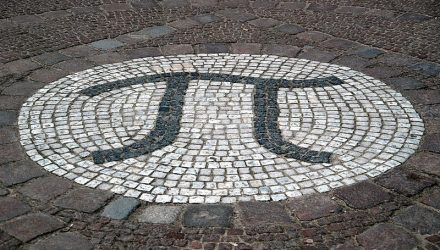 “But if he lives for a day or two days (yom o yomayim), he will not be punished, for he is his money”.  How long? One day?

The Rebbe Rayatz: Writings in ...

With true self-sacrifice, the Rebbe

Orders of the Triple Torah

From Rosh Chodesh Sivan, the

Keeping on the Mitzvah Track: ...