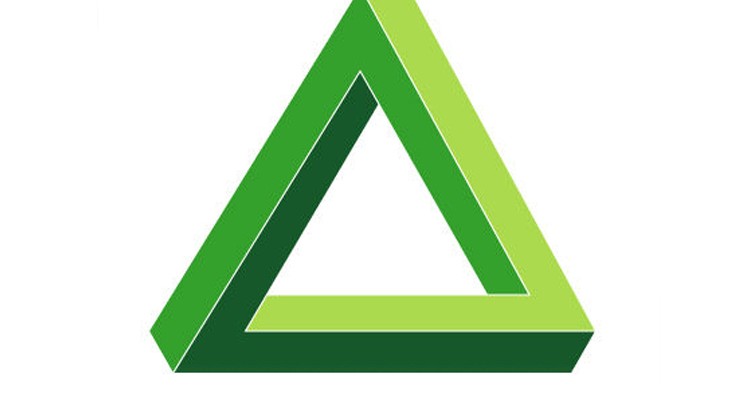 Torah and Mathematics: When Two Triangles Make a Square

Imry GalEinai Feb 26, 2014
25
SHARES
ShareTweet
This article may contain special characters or charts. To view it correctly, you can select the PDF version of this document by clicking here: triangles-that-make-squares. (You can also download the PDF version of this document by right-clicking on this link and selecting “save link as…”).If you do not have Adobe Acrobat Reader and cannot view PDF files, please go here and follow the instruction to install this free software.

The history of the Hasmonean revolt against the Seleucid Greeks tells of a hero and heroine. The hero is Matityahu, the High Priest of the time, who with his five sons led the revolution. The heroine is Yehudit, who seduced, sedated, and killed the Greek general Alaforni.

Aside from their bravery against the Greeks, these two heroes have a mathematical trait in common. The gematria of Matityahu (מַתִּתְיָהוּ ) is 861 and the gematria of Yehudit(יְהוּדִית ) is 435. Both 861 and 435 are triangular numbers:

(The black squares are

7 and the white squares are

We would like to see if this pair is part of a larger family of triangular numbers whose sum is a square number.

In order to find the family of triangular pairs, the first thing to note is that 36, the square root of the sum of our two triangular numbers is itself a square number (36 is also a triangular number, the triangle of 8 as noted above with regard to the 36 candles that we light on Chanukah, but this understanding of the significance of 36 in the above equation will not produce a general rule1). We can then write that:

So, the first property we surmise is that the sum of our triangle pairs will be not just any square number, but a square number whose root is itself a square.
Let us look at (52)2 = 625. It is easy to find that there indeed exist two triangular numbers (other than the triangles of 25 and 24) whose sum is equal to 625:

Observing the similarity of proportions between these numbers and the previous ones a general picture already seems to emerge. Working backwards we can construct the following table of similar values that satisfy the equation,

Again, note that the c column is simply the square numbers.

Let us highlight a few properties of this table:

From this table we can extrapolate the general equation describing our family of triangular number pairs whose sum is a square number:

For any integer n,

Another relationship that can be induced from this table can be expressed mathematically in the following form:

One of the important topics in Torah is that of pairing different entities, concepts, etc., into male-female pairs. This extends to number theory, where according to Torah integers are either masculine or feminine and therefore can be paired. One of the most ubiquitous such pairs found in Torah is 7 and 13, where 13 is the relatively masculine number and 7 the relatively feminine.

Obviously, Matityahu and Yehudit, the hero and heroine of Chanukah constitute a male-female pair. And this is reflected in the above generalization of their numerical values.

So, we have found that the a column, representing the feminine—Yehudit—reflects a masculine quality (being a multiple of 13), Yehudit indeed acted as a male in killing the Greek general Alaforni. On the other hand the b column, representing the masculine—Matityahu—reflects a feminine quality (being a multiple of 7), Matityahu inspired his five sons to wage war against the mighty army of the Greeks, just as a woman, with her strong faith in God, inspires men to fight the wars of God. This is a well-known phenomena called “switching places” (אחליפו דוכתייהו ) in the Zohar and signifies a state of rectification and maturity, where the masculine and feminine can reverse roles in certain contexts.

We might wonder if there is any other pair of numbers between 5 and 7 and 29 and 41 that possesses this property. It turns out that these numbers are unique. The next pair exhibiting this property is 169 and 239. In order to rigorously understand the pattern involved, one has to be familiar with Pell’s equation. But, non-rigorously it can demonstrated to be a recursive function with each new pair being 6 times the previous pair minus the pair preceding the previous one. In the case of 169 and 239:

Chanukah celebrates the victory of the Torah over Hellenistic philosophy and culture. The victory brings to light (in the candles of Chanukah) that all the sparks of true wisdom to be found in Greek culture are rooted in the Torah and reflected in the souls of Israel. Here we have discovered a Pythagorean triplet (20, 21, 29) related to the names of the heroes of Chanukah.

We noted above that 36 (the number of candles that we light during the 8 days of Chanukah) is a triangular-square number, meaning it both a triangle (

1. For some more about triangular-square numbers, see the following article on our website.
25
SHARES
ShareTweet
Pin It
Tweet

Mathematics in the Torah: Devarim: 3 Verses ...

Devarim’s first two verses Let’s look at the first three verses of the Penateuch’s fifth book, or chumash, Deuteronomy (or Devarim): Verse 1: These are the words

Does Judaism encourage conversion? On