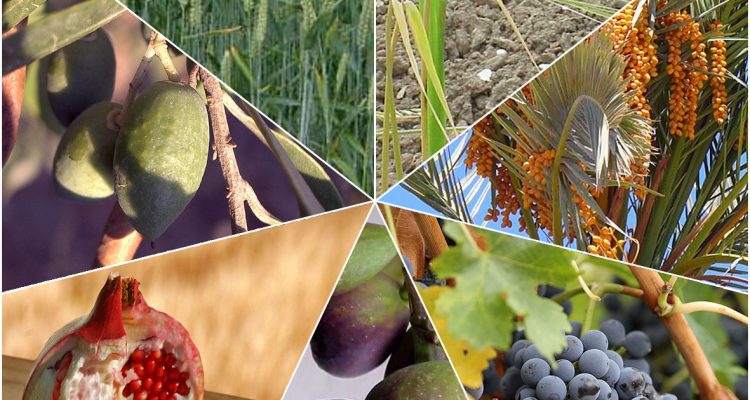 One of the most interesting ways that the word “species” (מִין) used in the Oral Torah[1] is as part of idioms. The sages group different species together creating well-known groups of 4, 5, or 7 types of plants. This echoes the fact that the concept of species in the Written Torah (in the account of creation) began with the vegetable kingdom as well.

The groups of plant species discussed in the Oral Torah are:

The Species Series of Numbers

So now we have seen that the Oral Torah mentions these special groups of 4, 5, and 7 species. Let us take these three numbers and, using the method of finite differences, form a quadratic series from them:

It is easy to see that the numbers of these series are generated by the function:

where rn denotes the sum of integers from 1 to n.

After the Exodus and the splitting of the Red Sea, the Torah relates that the Jewish people, “came to Eileemah where there were 12 springs of water and 70 date palms….”[6] One of the earliest texts of Kabbalah, which precedes even the holy Zohar, is the Bahir, whose name means the Book of Brilliance (another synonym for “light”). The Bahir notes that this was the first sight that the people saw after the splitting of the Red Sea on their journey to the Land of Israel. Eileemah was a desert oasis with 12 different springs of water. What the Bahir adds is that the 70 date palms were not 70 specimens of the same species of palm tree, but rather 70 unique species of palm tree. So, the first thing that the Jewish people did after being freed from the slavery of Egypt was species classification.

The Criteria for Species in Kabbalah

But that most important thing that the Bahir adds is a very deep definition of the basis for classifying the 70 date palms as belonging to 70 different species. The Bahir[7] gives us three criteria:

According to the Bahir, a specimen has to be unique on all three counts in order to be considered a separate species!

[1]. See the previous two installments on taxonomy appearing in Wonders issues 34 and 35.

[3]. Challah 1:1. Pesach matzah also has to be made from one of these five species of grain.

[8]. According to this spiritual perspective, if a fruit has lost its taste it should not be consumed.

[10]. For instance, the sages say that in the future, all trees will bear edible fruit.