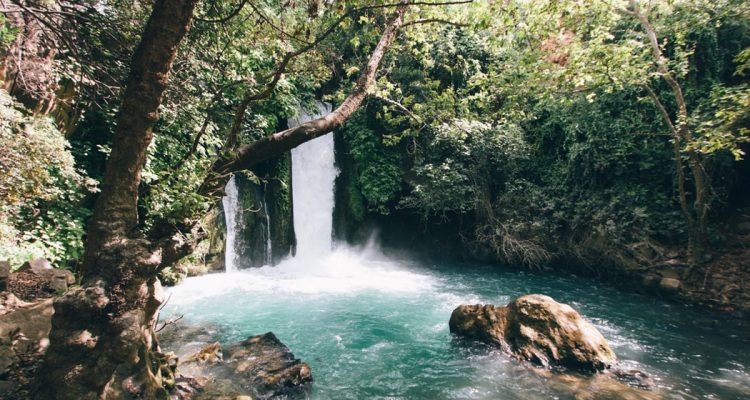 Following the Splitting of the Sea, the Children of Israel reached a place called Marah—literally, “bitter,” in Hebrew—and complained about the bitter water. God showed Moses a tree that Moses threw into the water, “and the waters were sweetened” (וַיִּמְתְּקוּ הַמָּיִם).[1] Immediately after this episode, the Torah says,

And He said, “If you listen to the voice of Havayah your God and do what is right in His eyes and listen to His commandments and safeguard all of His laws, all the disease that I have put on Egypt, I will not put upon you, for I am Havayah, your healer.”

What this very important episode contains is the one and only instance of sweetness found in the entire Pentateuch. It is also the first and one of the most central references to the word for “healing” (רְפוּאָה) in the Torah, thus creating a special link between healing and sweetening.

True healing is capable of sweetening the bitterness in reality. In fact, the Hebrew word for “healing” is used in the sense of sweetening water in a parallel episode found in the book of Kings, where the prophet Elisha sweetened the bad waters of Jericho, “Thus says God, ‘I heal this water; no longer shall death and bereavement come from it!’”[2] In that instance, Elisha sweetened the waters by throwing salt into them, but the tree that Moses threw into the bitter waters of Marah was bitter, itself. The sages[3] describe using the bitter to sweeten the bitter as the type of healing that is Divine. Healing “like with like” in this manner is even considered a medical principle by certain healing methods such as homeopathy.

God’s promise at Marah ends with the words, “all the disease that I have put on Egypt, I will not put upon you, for I am Havayah, your healer.” The commentaries ask a simple question: If He promises there will be no disease, why does God need to heal us?

Rebbe Simcha Bunim of Pshischa answered this question in the following manner. We find that the plagues upon Egypt are described in Isaiah as, “God will afflict Egypt, afflict and heal”[4] (וְנָגַף הוי' אֶת מִצְרַיִם נָגֹף וְרָפוֹא). The Zohar[5] explains that the words, “afflict and heal” should not be understood as happening sequentially. It is not that the plagues afflicted the Egyptians and subsequently, God healed the Children of Israel. Rather, each of the plagues that smote Egypt was concurrently a source of healing for Israel. Each plague simultaneously afflicted Egypt and freed the Children of Israel from the impurity of Egypt. Though this is formidable healing, says Rebbe Simcha Bunim, it is not yet perfect. For at the end of this process, though the evil (Egypt) and the good (Israel) have been separated, they still stand side by side. That was the state of affairs until God said, “all the disease that I have put on Egypt, I will not put upon you,” meaning that I will no longer heal you by means of the affliction or disease that I bring upon Egypt. Instead, from now on, “I am Havayah, your healer.” I will heal you completely with the infinite loving-kindness that the essential Name, Havayah, represents.

Initially, the focus was on separating the good from the evil. The evil still exists, but we can and must separate from it. After the Splitting of the Red Sea and the Song of the Sea, however, we are able to rise to a loftier level of sweetening, whereby the bitter reality is completely healed and sweetened and there is no further need for afflictions.

Complete sweetienng is the Messianic destiny, which the Zohar[6] describes as “transforming darkness into light and the bitter taste into sweetness.” This state is allegorically described by the prophet[7] as waters that will emerge from the Temple Mount and sweeten the bad and bitter waters.

[3]. Mechilta on the verse, in the name of Rabbi Shimon ben Gamliel.