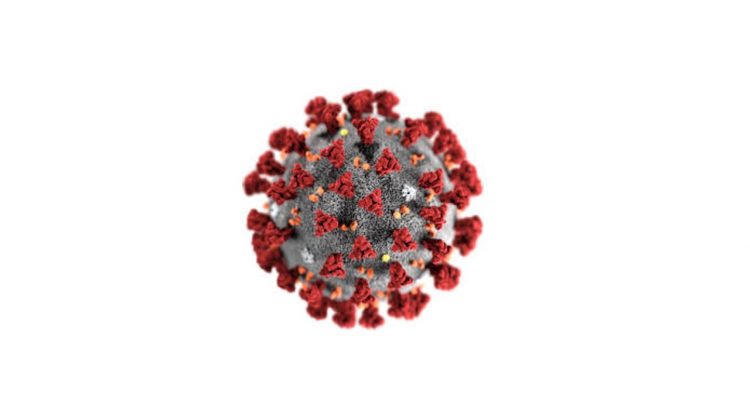 Translated and Excerpted from

During the period of time preceding the coming of Mashiach, which the sages called, “the footprints of Mashiach” (עקבתא דמשיחא), we experience various phenomena that are signs of the imminent redemption. Some of these phenomena seem positive and some seem to be negative. The corona virus spreading around the world—an international threat requiring an international response—is also a sign of the coming redemption. On a simple level, the fear of a pandemic is a negative sign of the approach of Mashiach. It can, however, metamorphose into one of the positive signs of the imminent redemption. How so? If all the news broadcasts would open with the Israeli Health Ministry’s recommendation to do teshuvah, to return to God, citing the “handwriting on the wall” (in Hebrew, the word for “wall” is kir cognate to ‘corona’) it would be a sign of the days of Mashiach for Israel itself and for Israel in its role as a “light unto the nations.”

Beyond God’s general call to us to return to Him, one of the main ways to read God’s signs to us is to contemplate the saying of the sages, “There is nothing that is not alluded to in the Torah.”[1] By meditating on the name of the virus as it is written in Hebrew (קוֹרוֹנָה)  as well as its numerical value, 367, and the allusions to this word and this number in the Torah, we can perceive guidance and segulahs that should be recommended by the Health Ministry.

Some explain that corona is alluded to in Rashi on the verse regarding the Passover offering, “Do not eat from it na.[2] Rashi explains the meaning of this word, na, “If it is not sufficiently cooked it is called na” (שֶׁאֵינוֹ צָלוּי כָּל צָרְכּוֹ קוֹרְאוֹ נָא בְלָשׁוֹן עֲרָבִי). Some have noted that when the words, “it is called na” (קוֹרְאוֹ נָא) are pronounced very similarly to “corona.” However, there is a second allusion to corona in this part of Rashi’s commentary can be found in the first word, “If it is not” (שֶׁאֵינוֹ), since its value is 367, the value of “corona” (קוֹרוֹנָה), as above.

Eating meat that is partially raw testifies to sinking into the lusts of this world and a craving for food even before it is properly cooked (as in the universal Noahide prohibition to eat a limb or organ taken from a live animal, a prohibition that obligates all human beings). It is reported that this illness began with the consumption of meat that was not sufficiently cooked, in a state of na, perhaps even as limbs taken from living animals. Thus, the Divine recommendation here is to beware of animalistic eating, of sinking into the lusts of this world. Instead, we must ensure that the meat that we consume is properly prepared.

Corona Allusions in all the Sefirot

Following this preface, we will contemplate upon other instances and allusions to the number 367, which is the numerical value of corona. We will look at 11 different allusions that correspond to the sefirot, and bring them in the order of the sefirot. Each analysis will be followed with a practical recommendation that can be extrapolated from that allusion.

The virus is called “corona,” which means “crown” in Latin, because of its crown-like appearance. In the gematria method known as primordial numbering (meespar keedmee), each letter is given the value of the sum of all letters from alef to itself. Applying this calculation method, “crown” (כֶּתֶר) becomes (אבגדהוזחטיכ אבגדהוזחטיכלמנסעפצקרשת אבגדהוזחטיכלמנסעפצקר), which equals 2365. When each unit of 1000 (elef) turns into the letter alef (a method called “the revolving wheel [from 999 to 1]” and based on the the secret of the verse, “how can one chase a thousand”[3]) whose value is 1, the 2000 turns into 2, and the word “crown” then equals 367, the value of corona (קוֹרוֹנָה).

The keter contains the three superconscious powers of the psyche: faith, pleasure and will. Thus, corona calls upon us to uproot our doubts about faith . In the context of Purim, eliminating doubt (סָפֵק) is the same as annihilating Amalek (עֲמָלֵק), since both words have the same numerical value, 240. In addition, we must take pleasure in God (as opposed to the pleasures of this world) and fulfill the sages’ adage, “Make your will like His will”[4]—God’s will as it manifests in the Torah.

367, the numerical value of “corona” is also the value of, “sound mind”[5] (שֵׂכֶל טוֹב), which is a description of the Torah (“There is no good other than Torah”[6]). The Torah’s sound mind is occupied with thoughts of how to bring good into the world and not, God forbid, how to employ our intelligence to bring evil into the world. To counter corona at the level of wisdom, we must strengthen our Torah study in general and our study of the inner dimension of the Torah, in particular. This study should be the precursor to actually performing good deeds in reality.

367 is also the value of the phrase, “And he saw rest, that it was good”[7] (וַיַּרְא מְנֻחָה כִּי טוֹב) from Jacob’s blessing to the tribe of Yissachar. Yissachar places himself in voluntary self-quarantine. He sees that the absolutely best thing that he can do is to learn Torah with serenity (by perceiving the reward for this in the World to Come and planning his life accordingly). In particular, the Zohar explains that these words, “And he saw rest, that it was good,” refers to the Written Torah, while the rest of the verse, “and the land, that it was pleasant,” refers to the Oral Torah. To counter corona on the level of understanding, we must strengthen our Torah study with serenity, particularly the Written Torah, which includes learning all the books of the Bible, which are all considered part of the Written Torah.

Regarding the commandment to keep Shabbat, the sages say that “Remember [the Shabbat] and Safekeep [the Shabbat] were said in a single utterance.”[8] The words “remember” (זָכוֹר) and “safekeep” (שָׁמוֹר) share some of the same letters, but the letters that are unique to each word are zayin and chaf (זַךְ) for “remember” and shin and mem (שָׁם) for “safekeep.” These four unique letters equal 367. To counter corona on the level of Knowledge, we must strengthen our remembrance and safeguarding of the Shabbat.

367 is also the value of the phrase, “Indeed, charity is for life”[9] (כֵּן צְדָקָה לְחַיִּים). The sages teach that charity saves us from death, so the first segulah or “charm” during days that we must increase our merits in order to be saved, is to increase our charity-giving.

When Moses’ sister, Miriam, became leprous and was put in quarantine, Moses prayed for her, saying, “Please God, please heal her” (אֵל נָא רְפָא נָא לָהּ). The crux of this short prayer is the three words, “Please heal her” (רְפָא נָא לָהּ) whose numerical value is 367. During these days, we must awaken compassion (the inner dimension of the sefirah of beauty) for the entire world by praying for healing. Moses’ prayer is called “a short prayer,” which rises from identifying with the person who is ill. (It is difficult for ill people to pray at length). Wherever we go, we can quietly say with all our hearts, “Refah na lah” (while being careful not to speak [or even think] negatively about anyone, which was the cause of Miriam’s illness in the first place).

The inner dimension of the sefirah of victory is confidence. The sage with the greatest trust in God was Nachum—the man of Gamzu (אִישׁ גַּם זוּ), who asserted about whatever happened, “This too [gamzu] is good” acting with absolute trust in God to actualize the good. The value of, “Ish Gam Zu” (אִישׁ גַּם זוּ) equals 367, the vluae of “corona” (קוֹרוֹנָה). To counter corona on the level of Victory, we must strengthen our trust in God and act on that trust.

When the match was made between Isaac and Rebecca, her father and brother, the evil Betuel and Lavan, admitted that “This has come from God,” telling Abraham’s servant, Eliezer, “Here is Rebecca before you, take her and go and she shall be a wife for the son of your master as God has spoken”[13] (הִנֵּה רִבְקָה לְפָנֶיךָ קַח וָלֵךְ וּתְהִי אִשָּׁה לְבֶן אֲדֹנֶיךָ כַּאֲשֶׁר דִּבֶּר). The value of the words, “Here is Rebecca” (הִנֵּה רִבְקָה) also equals 367. This equality suggest that to counter corona at the level of acknowledgment, we must do our best to help those who need to find their match do so.

367, the numerical value of “corona” (קוֹרוֹנָה) equals the Hebrew word for the eye’s pupil (אִישׁוֹן). The verse says, “He who curses his father and mother, his candle will be extinguished in the blackness of darkness.”[14] To counter corona at the level of foundation, we must be careful to honor our parents. Particularly, we must safeguard the elderly, who are more susceptible to this virus. The tzaddik who is the foundation of the world sees himself as a “miniature man” (another meaning of the Hebrew word for pupil) who is obligated to honor and safeguard those greater than him.

Whenever there was a time of trouble, the Lubavitcher Rebbe would instruct, as per the sages, to check the mezuzahs. The Zohar says that the plural form of mezuzah (מְזוּזֹת) is an anagram for “death has moved” (זָז מָוֶת). The mezuzah is a segulah to safeguard the home from negative intruders. To counter corona at the level of the sefirah of kingdom, we must be particularly vigilant with the mitzvah of mezuzah, checking to ensure that it is kosher if it has not been checked in the past year.

On the parchment inside the mezuzah the verses of the Shema are written, beginning with the verse of the unification of God, “Hear Israel, God is our God, God is One.” The holy Names written on the interior of the rolled parchment are paralleled in the mezuzah by exchanged letters written on the exterior of the rolled parchment. Each letter of the holy Names is exchanged for the letter that follows it in the alphabet. Thus, parallel to “Havayah is our God, Havayah” (הוי' אֱלֹהֵינוּ הוי') becomes, “כוזו במוסכז כוזו” whose numerical value is 367. The holy Names in the mezuzah are a very potent segulah for safeguarding us from this virus.

In summary (in addition to being careful not to eat improperly cooked meat):

Our proper approach to this pandemic will safeguard us and we will be a model for the world, exemplifying the right approach to God’s will and the Divine protection that it merits. Then this severity will be turned into sweetness and the epidemic will metamorphose into one of the positive signs of the imminent redemption.

Click here to print this article in PDF format