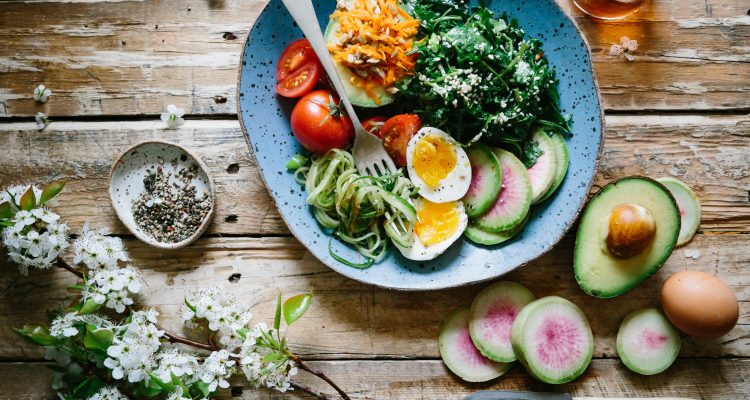 Eating, Its Disorders, and How to Fix the World

The Spies described the land of Israel as, “a land that devours its inhabitants”[1] (אֶרֶץ אֹכֶלֶת יוֹשְׁבֶיהָ). Countering them, Joshua and Caleb—the only two spies who remained dedicated to Moses and the purpose of the mission on which he had sent them—countered that, “the inhabitants of the land… they are our bread,”[2] implying that they would be easy to conquer. What does the conquest of the land of Israel have to do with food and digestion? Why is this the family of metaphors chosen to discuss the ease or difficulty of entering the land of Israel?

Thanks to Divine protection and care, the Israelites lived a spiritual—one might even say, abstract—life while travelling through the desert after their Exodus from Egypt. The spies feared that they would be swallowed up in the difficulties of material reality once they entered the land of Israel. But Joshua and Caleb relied on God’s promise and on Moses’ leadership and were fully confident that the land of Israel could be conquered and that the power of the Torah would successfully navigate their new reality, without causing them to abandon the commitment to Torah and Divine service they had cultivated in the wilderness. Thus, they would “consume” the good of the land without choking on the challenges it presented nor suffering “indigestion” from its current inhabitants.

According to Kabbalah and Chassidut, eating and digestion represent the power to clarify or rectify our environment. Just as digestion breaks down the food we consume, keeping the nourishing elements to build our physical bodies, while eliminating the waste, so rectification requires us to internalize something from our surroundings, select the sparks of holiness hidden within that thing, and reject the exterior shell. Eating and digestion are meant to provide us with the energy needed to engage in positive and constructive lives.

However, there are many disorders associated with eating. If a person cannot control his appetite, but becomes addicted to food, he cannot properly digest it nor get the most from it. Likewise, if a person is addicted to his or her environment, they will not be able to clarify and rectify it. The Talmud uses this principle when it states that an am-ha’aretz—literally a “person of the land,” a person steeped in materiality—is forbidden from eating meat. An individual who is earth-bound cannot elevate the holy sparks found in meat—a process requiring the energy of the Torah and should therefore refrain from eating meat.

The word used in the Talmud for “forbidden” (אָסוּר) can also mean “tied” or even “addicted.” The am-ha’aretz feels obligated to eat meat; it is as if he has no choice in the matter and logical considerations do not play a part in his decision to do so. He does not control the food—the food controls him. He does not consume the food, but is rather consumed by his addiction to it. As a result, instead of elevating the animal he has eaten to the human level, he himself spiritually resembles a cow or a chicken, driven by his lusts and appetite.

The same holds true for our entire relationship with our environment and with the society and culture that surround us. A person who positions himself to influence his environment, society, and culture can remain open to receive from them in order to sanctify them in a controlled and respectful manner. But more often than not, someone who is not well-rooted in Torah becomes enchanted or swallowed up by them. A well-balanced soul is expressed by a balanced approach to one’s environment and society just as much as by a balanced relationship with food—he eats only what he is able to digest (and does not have ‘big eyes’ that entice him to bite off more than he can chew and to subsequently vomit).

According to the Torah’s inner dimension, the digestive system corresponds to the sefirah of kingdom.[3] It is likened to the “woman of valor”[4] who nourishes her family. When we interact with our surroundings in an understanding and accepting manner, we are reflecting the feminine side of our personality. As such, we stand open to receive the positive elements that make up our environment. Our masculine side would prefer to conquer our surroundings from the outside. Still, the feminine attitude towards our surroundings can also cause us to be wary of them and to hesitate before making contact with them. Psychologically, this trepidation and/or hesitation before engaging with our environment can lead to other eating disorders. Anorexia in particular is a product of this fear (which can appear in both women and men alike, since both have a feminine side to their personality).

Overcoming an eating disorder requires good integration and cooperation between the feminine aspect in us that integrates and digests the food we consume and our masculine aspect which seeks not to integrate our environment, but to conquer it and influence it. Psychologists connect anorexia with a dominant mother figure—i.e., the inability to properly integrate or consume the food. But, according to this analysis, it can also manifest because of a poor connection with one’s father figure—resulting in a lack of self-confidence. In the Torah, the father or the husband can nullify the vows of his daughter or wife. The vow is generally a self-prohibition against eating or from enjoying some other pleasure in reality. The father or husband infuse the woman with confidence in her ability to eat/enjoy reality in a rectified and clarified manner.

Apart from the power invested in the father or husband to nullify a woman’s vows, more commonly, even women turn to a sage to nullify their vows. A sincere connection to a righteous wise man instills an individual with the confidence needed to engage one’s environment and rectify it. A person who is not confident in his own power can rely on the power of the rebbe who sent him on his mission, or on a mentor who helps him to properly take stock of himself and his reality and to clarify it with energy and joy. Joshua and Caleb, who relied on Moses’ leadership, teach us how to properly act on reality.