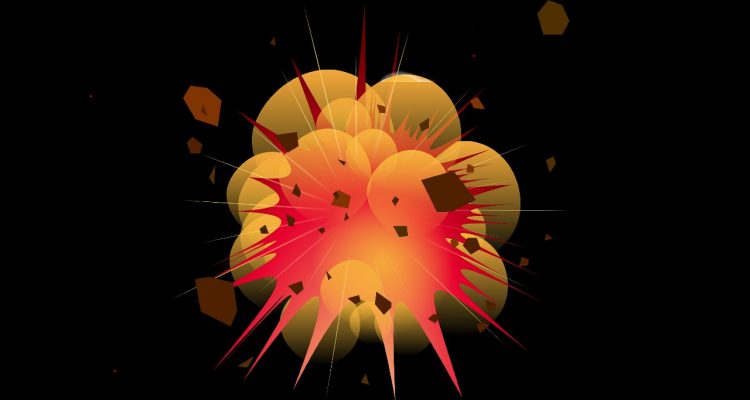 What is the Jewish law regarding idol worship in our days? Do we have to immediately embark upon a holy war to destroy all the houses of idol worship in the Land of Israel?

When it comes to idol worship, The Torah does not mince words: “And you shall break down their altars and smash to pieces their pillars…and the idols of their gods you shall hew down and you shall destroy their name from that place.”[1] In the Land of Israel, we are commanded to seek out and destroy idol worship and purify the Land of all foreign forms of worship.[2]

While this is what Jewish Law dictates, what are we supposed to do in our current reality? How should we conduct the Jewish State that will be run by the laws of the Torah? What should our approach to idol worship and its worshippers be? Are we obligated – in the here and now – to embark upon a holy war and destroy all the houses of idol worship in the Land of Israel? [3]

Not at all. Jewish Law determines that when it comes to foreign relations, there is much weight put upon not arousing the hatred of the nations[4], certainly if there is a chance that it will create danger and a life-threatening situation. This is a major rule in Jewish Law throughout the generations. In our era of instant communication and globalization, when any action on one end of the world is immediately publicized throughout the world[5], this factor is particularly pertinent. We must beware of taking action that will endanger other Jews in Israel or in any place in the world. The fulfillment of primary mitzvot is postponed due to considerations of threat to life, and the same applies to the commandment to destroy idol worship.[6] This consideration has to be given top priority, for the dearness of the souls of Israel precedes fulfillment of the Torah’s commandments (except in the case of commandments that are defined as “Better to be killed and not to transgress.”) just as “the thought of Israel preceded everything, including the Torah.”

We have to take world reality into consideration, even if that world is “the world of falsehood” (in which false religions that pretend to inherit the true religion rule). We cannot always re-enact the precise actions that Moses and Joshua employed when they conquered the Land of Israel, and destroy the idol worship as they did – just as in our current reality, Jewish courts cannot mete out capital punishment. While we strive for the reality that existed in Moses’ time, or the future that will exist in Mashiach’s time, we must take our current reality into account.

Are we relegating all the ‘extreme’ laws that cannot be enacted today to early retirement? After we have determined that we must take current reality into consideration and forgo the fulfillment of the law in its purest form, we might despair and give up completely. We are liable to forget and deny the truth and the Messianic vision that promises to eliminate idol worship from the Land. Perhaps we will glorify the de-facto situation and whitewash idol worship? On the other hand, we may choose the “all or nothing” approach and give up on the idea of rectifying the State of Israel as long as we are still shackled with foreign relations considerations. [7]

The solution begins with the concept of rectification. The objective is to achieve complete rectification –not only of the Jews in the Holy Land, but rather, “to perfect the world in the Kingdom of God.”  We are not forgetting our objective of rectification (which we recite every day in the “Aleinu Leshabeiach” prayer, and many additional times), which includes complete purification of the world and humanity from the impurity of destructive idol worship. Jewish Law is a constant reminder of the demand for perfect rectification. We need wisdom, however, to know how to achieve the rectification in actuality, in accordance with the times. To do so, we need Torah scholars and tzaddikim, the leaders of the Jewish nation, who know how to navigate between the desired future and the present, and to advance the present into the future.

The next concept is education. The “Ministry of Education” has great importance in the Torah state, for both Jews and non-Jews. We must invest the best of our resources and energies into broad and fundamental education for all inhabitants of the Land – from children to the elderly. We must educate them to have faith in God and the Torah, with good character traits and integrity. Good education produces true rectification and engenders change in consciousness. Ultimately, the non-Jews in the Land of Israel will willingly accept faith in One God and will reject their idol worship. (Jewish Law prefers the option of the non-Jew himself nullifying idol worship).

The inspiration for all of this is the approach of loving kindness, as the Ba’al Shem Tov taught, “Turn away from evil by doing good.” Do not engage evil too much (turn away from it). Invest your efforts in doing good and in holiness (such as the holy work of education) until the evil will disperse by itself, just as darkness dissipates in the light. (This does not mean that we should ignore evil). This is a major rule in the inner dimension of the Torah: To include the left in the right, to include the laws of “the left arm that rejects” in the loving-kindness of “the right arm that draws near.” In this manner, loving-kindness leads and rules, while the entire system of laws is included within it (so much so, that often it is not recognizable by itself. The laws are ‘coated’ in lovingkindness and are not recognizable as severe judgment). Even when the attribute of severe judgment is necessary, there should be one hundred measures of loving-kindness for every measure of severity.

This also applies to ‘religious coercion.’ The Torah does not prescribe democracy. But it is no coincidence that today’s world demands that all should be done according to the will of the people. The complete rectification is the agreement and will to accept the laws of the Torah

Another important chassidic point should be made here: For the complete rectification, external action (as important as it is in its place) is not enough. It is crucial to also create an internal rectification in the soul. We should look at others with our right, loving eye and give them the benefit of the doubt, while addressing ourselves with our left, critical eye so that we can find our shortcomings and rectify them. We must emphasize the elimination of idol worship in the soul. Even a Torah-observant Jew can be subtly and unconsciously worshipping idols if he doesn’t truly trust God, but rather relies on material means and depends on them for the source of his sustenance. (This is similar to what is written about the righteous king Asa, who sinned by consulting with doctors when he was ill, and not trusting God[8]). Instead of fleeing to external reality, we must speak of the importance of healing the soul of its illnesses. The redemption of the soul and the redemption of the world are one complete state of perfection.

[3] There is a debate in Jewish Law if Islam is considered idol worship.

[4] See the Talmudic Encyclopedia on “Eivah”.

[5] Regarding issues of health, for example, see the words of the Rebbe of Klausenberg, in “Tzitz Eliezer” 9:17. Shmirat Shabbat K’hilchatah, new edition 40:17 and in the footnote there.

[6] See Sefer Hachinuch 436, that the commandment to destroy idol worship is relevant only when Israel has the upper hand (and this includes considerations of foreign relations etc.).