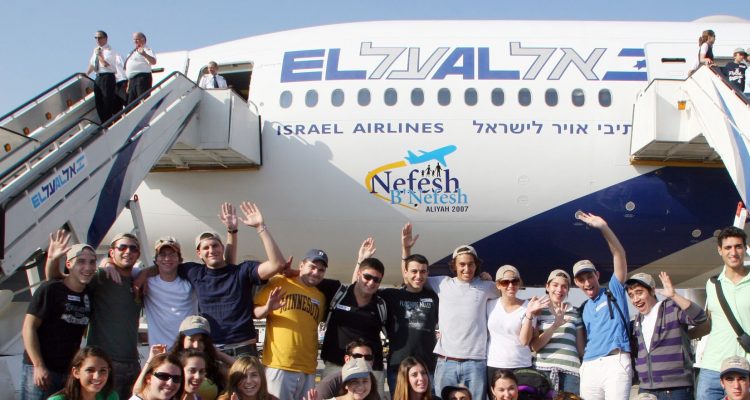 It is truly wondrous that there are so many Jews in the Holy Land today, after generation upon generation during which the Land was “desolate, bereft of her children.”[1] But we must not forget that millions of Jews still live in foreign lands. Actually, they number more than those who live in Israel – especially when we include those who have completely assimilated. Our ultimate goal is the total ingathering of the exiles – that not one Jew will remain in the Diaspora, as Isaiah promises,

“And you will be gathered one by one, Children of Israel.”[2]

In the sefirot, aliyah (literally, ‘ascent’, meaning ‘immigration’) to the Land of Israel parallels the sefirah of Netzach (Victory, Eternity). In order to ascend to the Land of Israel, we have to triumph and overcome hurdles and obstacles. While it is reasonable to discuss the aliyah of hundreds and thousands of Jews, the mass aliyah of every Jew may seem preposterous. How and under what circumstances would millions of Jews leave everything and make aliyah to the Land of Israel?

Two major vectors motivate Jews to make aliyah to Israel. Throughout the generations, Jews made aliyah for positive reasons: they longed for the Holy Land, and they wished to return home and fulfill those mitzvahs that can only be fulfilled in the Land of Israel. The word aliyah, ‘ascent’ describes this type of immigration well, for they were motivated by the desire for spiritual ascent. Often, this aliyah was replete with hardship and even danger of death, as was the case with Rebbe Menachem Mendel of Vitebsk and the 300 Jews who made aliyah with him from Europe.

Over the past generations, however, a different motivation has prevailed. Most of the mass aliyahs of recent decades have been motivated by fear or escape. Most of those who came were actually escaping from hardship, pogroms and mass genocide in their host countries. They saw in Israel a relatively safe haven, as is the case with many immigrants searching for safe havens throughout the world. We can define this aliyah as aliyah “not for its own sake” (shelo lishma). We must not, however, forget a great Jewish principle: Even if we begin to perform a mitzvah not for its own sake, eventually, we connect to it and perform it for the sake of the mitzvah itself. So even if Jews make aliyah to Israel to escape hardship, with God’s help they will eventually learn to appreciate its holiness.

We certainly are not proposing mass aliyah due to hardship, God forbid. We hope and pray that all will be good for everyone, everywhere. So why would millions of Jews arise one day, leave their comfortable lives in the Diaspora and make aliyah to the Land of Israel?

In his description of the kingdom of Mashiach, Maimonides writes, “If he (Mashiach) did so and succeeded and defeated all the nations around him and built the Holy Temple in its place and gathered the dispersed of Israel…”[3] Aliyah to the Land of Israel certainly begins before that, as Maimonides himself wanted to come to live in the Holy Land. However, the complete, final gathering of those still left in exile will apparently take place after the onset of the ‘golden age’ of Mashiach and the Holy Temple in Jerusalem. No Jew will want to miss out. Isaiah continues, “And it will be on that day, a great ram’s horn will be blown, and the lost ones in the land of Ashur will come, and those dispersed in the land of Egypt and they will bow down before God on the holy mountain, in Jerusalem.[4]

In Hebrew, Ashur is cognate to osher, which means ‘happy.’ The ‘lost ones’ in the land of Ashur are those who are lost in the wealthy, comfortable and free countries.  In Hebrew, ‘Egypt’ is ‘Mitzrayim,’ which means ‘straits’. The ‘dispersed in the land of Egypt’ are all those living in oppressive regimes. All of these Jews will come to worship God in the Holy Temple in Jerusalem.

Moreover, part of the Messianic vision is the teaching of Torah to the nations of the world, so that the stream of people who choose to convert to Judaism will also increase. Many of them will want to live in Israel. “And many nations shall join themselves to God on that day.”[5]

What should we do in the meantime? The Jewish State must encourage aliyah and ensure that every Jew who makes aliyah feels that he is part of the aliyah of the entire nation – that he represents the Nation of Israel and is paving the way for the complete Ingathering of the Exiles.