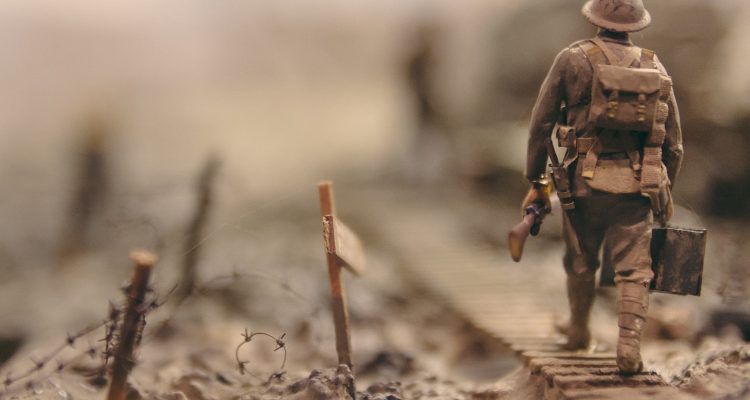 He Will Fight God’s Wars – and Triumph

The book of formation draws the intriguing analogy that, “the heart to the soul is like a king to battle.”

Life in our world is a constant battle between holiness and impurity. Since the Exodus from Egypt, the Jewish People have battled to safeguard the Torah and to bring truth to the entire world. The goal of some wars is to achieve limited gains, to distance the enemy, to take spoils, or to conquer more territory. Those wars depend upon an accounting that weighs gains against losses. When it looks like the investment and risk are greater than the potential gain and opportunity, the war is either suspended or limited. The true essence of war, however, is the struggle for total triumph.  War that cannot be suspended is waged to bring justice to light or eradicate darkness, distortion, and evil in the world. This type of war is not motivated by an incentive for material gain, but rather, by a pursuit of justice, with the willingness to do whatever it takes – with self-sacrifice – to defeat the enemy and triumph.

In our inner service of God, the limited war that we wage inside makes do with what is known as a state of “submission” (itkafya). Submission means forcing ourselves to do the right thing and winning points against the evil inclination. For its part, the evil inclination remains evil and opposes holiness but is forced to ‘release’ certain achievements to the side of good. This is called the service of clarification (beirurim), which extracts sparks of good from within a reality that has remained negative. Conversely, absolute war requires the service of transformation (ithapcha); transforming evil into good, darkness into light and bitterness into sweetness until no evil exists at all. Limited war can make do with a power struggle, while all-out war requires immense resources of explanation, persuasion, and open-heartedness in order to transform another to the other side.

In public life, the limited type of war is prevalent in elections, when the goal is to choose the least negative candidate (the lesser of evils), to negotiate limited achievements in the political realm—politics is known as “the art of the possible”—and to maximize our piece of the pie (while agreeing that large pieces of that pie will be served to those who vigorously oppose holiness). Absolute war means ‘pulling out all the stops’ with an aspiration for a complete change, public repentance and leading the Jewish people by the laws of the Torah.

In the previous generation, the primary war was against enemies of God who openly fought against Torah observance. In our generation, which can be described as the generation of “the footsteps of the footsteps of Mashiach” (ikveta de’ikveta demeshica) the struggle is against those who are open to Torah observance and may even be observant themselves, yet oppose the messianic aspiration for victory. These individuals infuse public life with coldness toward and despair from the coming of Mashiach. These individuals do recognize a type of redemption affected by ordinary people, a slow process of improvement and progress within the framework of what is acceptable to the world. But they do not believe in the true and complete redemption with the coming of Mashiach; they cannot believe in an absolute transformation of reality. This consciousness of despair filters into the army, which deteriorates as it gives up on its main mission—to defeat and triumph against the enemy—and replaces it with concepts like “managing the conflict,” or “limited conflict,” and taking pride in small so-called “achievements.”

The Lubavitcher Rebbe guided us to take advantage of every possibility for change, and thus instructed his followers to participate in elections in the Land of Israel. But he emphasized time and again that our faith, enthusiasm, actions, and devotion must be directed to absolute triumph. We must struggle without compromise, while at the same time, be infused with love of Israel and love of humanity. The greatness of the true ruler-king is measured by his aspiration for triumph, by his inner motivation to comprehensively transform reality. When a king who will bring the public to repent, and in the words of Maimonides “will fight God’s wars and triumph… defeat all the nations who go to war against the Jewish people,” and build the Holy Temple in Jerusalem (which will become the focal point for all the nations of the world) will reign, “he will be recognized with certainty as the Mashiach.”

Photo by Stijn Swinnen on Unsplash