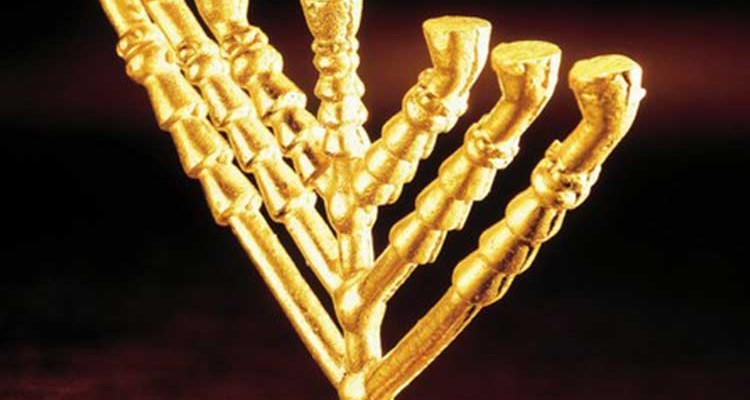 On the Way to a Jewish State (a)

The phrase, “A Jewish state in the Land of Israel” plucks at the deepest heartstrings of every yearning Jew. For generations, since the destruction of the Temple and the exile to the diaspora, we have believed and hoped, prayed and dreamed about the ingathering of the exiles and our return to living in our Land standing tall, asking God to “break the yoke of the nations from over our necks and lead us to our land standing tall.”[1] The ultimate goal of our yearning is the complete redemption, the arrival of Mashiach and the construction of the Temple. There is no doubt that a Jewish state is an essential and central component of the grand picture of the redemption of the Jewish People.

Yet, it is clear that the state that was established on 5th Iyar 5708 (1948), as it stands today, is still a far cry from that dreamlike vision that has warmed our hearts for almost two thousand years. It is not difficult to understand why many Torah and mitzvah observant Jews are reluctant to identify themselves with the state and its symbols. Attesting to this problem are the festivities of Yom Ha’atzmaut, around which rages a long and intense controversy within the religious community in Israel.

One might suppose that the differences of opinions will not end in the near future. However, we can and must arise above them and join together when it comes to the main issue, which is: what type of state do we want and what are we doing to achieve it? This is a constructive and positive activity that not only relates to what has been and what currently exists, but mainly turns its face to the future with the goal of rectifying and healing reality.

Introduction to the Platform

One might suppose that the differences of opinions will not end in the near future. However, we can and must rise above them and unite regarding the main issue, which is: what type of state do we want and what are we doing to achieve it? This is a constructive and positive activity that relates to the future with the goal of rectifying and healing reality, instead of harping incessantly on the past and present situations. This vision should be so inviting and pleasant that every Jewish individual will readily want to identify with it, culminating in a critical mass of change – the “tipping point” – when a broad spectrum of the public will be active in actualizing the vision.

But before we present our “platform” for rectifying the state, it is important to stress that the order should not be perceived as inflexible – like a binding mathematical sequence – but as an initial suggestion within which there is a lot of room for flexibility. In practice, we need to turn a sensitive ear to what happens in reality – as in the Kabbalistic concept of “returning light” – seeing what needs to be done and how best to act at every given moment. This is because reality is dynamic, and just as our psyche does not necessarily work “according to the book,” and will never be a programmed computer, so too real life is constantly developing and changing. Thus a large measure of sensitivity is needed to determine how to act within it and how to elevate it.[2]

Rectifying the state of Israel begins from the “above ground” sefirah of keter (crown). It is from here that the rest of the system flows. Like a crown that is placed on top of the head, this sefirah represents the level of super-conscious experience in the soul. Within the crown are the three levels of faith, pleasure, and will.

The first thing that is needed to change a situation is faith, specifically the faith which begins with belief in God, the Creator, who does only good, and concludes with faith in the pleasant future that awaits us, “I believe with perfect faith that Mashiach will arrive.”[3]

After the level of faith comes pleasure where abstract faith begins to be integrated as an initial experience of pure, simple pleasure that revives the soul. Here, even faith in the coming of Mashiach is no longer something ethereal and vague, but manifests as a motivating power, which we can tap into by in-depth study of those Torah issues that relate to redemption.

From the power of pleasure, willpower is born; that resolute power without which nothing could ever be achieved. This is not just a type of faith that hovers above the limitations of time, nor is it just delighting in the promised picture of the future, but is an active drive, to get up and do something, in the knowledge that “nothing stands in the way of willpower.” With willpower one can overcome obstacles using strategies that descend to the finest details on the way to a Jewish state without forgetting the ultimate goal.

Once the foundations of faith have been laid, we reach the level of revealed consciousness. The first of the conscious powers of the human soul is in the sefirah of chochmah (wisdom), “The beginning is wisdom.”[4] Wisdom is not yet intellectual perception itself, but like an initial spark; an undeniable experience of seeing the light of truth.

In the context of rectifying the state, wisdom means recognizing that the Torah’s authority is above all other authority because the Torah is a “Torah of truth,” and there is only one truth. Obviously, the Torah itself grants broad authority to social norms and to the laws of the country, as the sages teach us, “The law of kingdom is law.”[5] However, this includes the consideration of our “moral compass” that indicates a hierarchy in which Torah law stands above manmade laws. This comes to the fore in particular in the law that states that whenever there is a contradiction between the mitzvot of the Torah and the king’s decree (even a Jewish king who was anointed by a prophet), the Torah’s law takes preference.[6]

It might seem that we can give up on this stage prima facie, because, unfortunately, there are many Jewish people today who do not see the Torah as the ultimate source of authority. However, the greatest rule of this rectification process is that “nothing is ever lost.”[7] Just as we believe in the Torah, so too we believe in the Jewish People as a whole and we trust that sooner or later the teshuvah process will escalate until the grand majority of the nation will lovingly accept the Torah’s authority. In order to do so, the current threatening representation of “a state run by Torah law” must be refuted, showing instead how “the State of Torah” is the most beautiful and suitable thing for us as a people.

In the first stages, it will be necessary for those Jews who recognize the Torah, at least, to express this recognition by setting a correct order of priorities in which the Torah takes the place as the ultimate and definitive authority.

The Consciousness of Wholeness – Understanding

The wholeness of the Torah means that the Torah must be related to as a composite entity in which each facet contains holiness, yet only when the entire Torah is perceived as one all-inclusive unit can it be correctly illuminated. When “God’s Torah is complete, it revives the soul.”[8]

The wholeness of the Jewish People comes to the fore in the statement that “All Jews are responsible for one another,”[9] and every Jew has an integral part of the complete picture. This is also the root of the correct attitude towards conversion, as we shine our approval to those righteous converts who join the Jewish People, while taking care not to accept false conversions, which accelerates the dangerous process of inter-marriage that jeopardizes the wholeness of the nation.

The wholeness of the Land of Israel is the simple realization that the entire Holy Land was given to the entire Jewish People by God, the Creator. This fundamental right holds even when the Jewish People is situated on foreign land and is even truer now that we have returned to our land, settled and reclaimed it from foreign hands through extraordinary Divine Providence (for instance, the War of Independence and the Six Day War, which we recall during the month of Iyar).

“You Have Chosen Us” – Knowledge

After wisdom and understanding comes knowledge. The sefirah of da’at (knowledge) is not a purely rational power, but a power of the soul that activates intellectual awareness and brings it to the fore in the emotional powers of the soul. Concepts such as recognition and responsibility, free-choice and devotion to a cause, all these belong in particular to the sefirah of knowledge, and the Zohar defines knowledge as the “key” that opens the six attributes of the heart.

With reference to rectifying the state of Israel, the sefirah of knowledge focuses on the recognition that we are the Chosen People, as the verse states, “And you shall be for Me a treasure from out of all the other nations.”[10]

Nowadays, the term “Chosen People” may seem somewhat objectionable, because it is mistakenly identified with racism. This aversion intensifies on the background of the monstrous racist theory (which we will not mention by name), whose proponents brought upon us the darkest, bloodiest period in Jewish history. But, it must be made clear that we are speaking of the difference between light and dark, and the truth is that God’s choice of the Jewish People obligates us to a greater responsibility to improve, and includes within it good and blessing for the entire world.

Trying to run away from the uniqueness of the Jewish People, or attempting to create an imaginary equality between everyone is like someone who runs away from his own self and forgets his name and identity. Forgetting one’s identity is liable to deteriorate even further to blur the boundaries between friend and foe (which unfortunately happens quite often). So, rectification must be achieved by accepting a correct, deep understanding of our Jewish uniqueness, and by linking to our chain of Jewish tradition through which runs the scarlet thread of recognition that “You have chosen us from all the nations, You love us and have desired us.”[11]

So far, we have laid the initial foundation for rectifying the state at both the super-conscious and rational-conscious levels of the soul. Once this correct perception has been achieved, we can begin to descend to the practical levels of the process, like in our human soul from which our emotions and actions stem from the intellect that is above them and motivates them to manifest.

[1] From the ahavat olam blessing recited before the kriyat shema every morning.

[2] For instance, as Maimonides states (Laws of Kings 12:2), “All of these things and their like no one will ever know how they will be until they happen.”

[3] The penultimate principle of the Thirteen Principles of Faith according to Maimonides.

[11] From the verses of the kiddush said on festivals.