On the Way to a Jewish State (d) 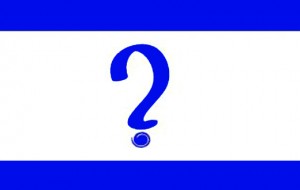 In the realm of rectifying the state: so far we have been dealing mostly with “politics,” including conflicts and wars. But what really interests us? What is really most important to a Jewish state? Moreover, what exactly do we want a Jewish state for? Let’s hear what our great teacher, Maimonides, has to say about this:[1]

“The Prophets and the sages did not desire the days of Mashiach so that they could control the world… nor so that they could eat, drink and be merry. Rather, so that they would have respite for the Torah and its wisdom without interruptions or hindrance… and at that time [the time of Mashiach] there will be neither famine nor war, and neither jealously nor competition… and the only quest of the entire world will be to know God… as it says, “For the land will be full of the knowledge of God, like water covers the seabed.”[2]

If so, the most important ministry in our state is the Ministry of Education. As of now, and for some time already, we are in a national crisis in the face of a disturbing lack of Jewish education.  So, we need to act quickly to promote a Jewish core curriculum: to assure that there is no Jewish boy or girl to whom the fundamental concepts of Judaism are foreign – the prayer book and the synagogue, the Patriarchs and Matriarchs, the Pentateuch and the Prophets, Mishnah, Talmud and Code of Jewish Law, the history of the Jewish People and the great Jewish figures, the Land of Israel and Jerusalem, good virtues and pleasant conduct, Shabbat and kosher food, and so on, with education beginning at infancy and continuing without end. A distinction must be made between principal issues and those that are secondary, and between sacred and secular; therefore, in authentic Jewish education secular studies and vocational training take second place to Torah study, without minimizing the importance of studying a respectful profession.

All this has always been true, but now we are accelerating closer to a spiritual revolution. Until now, Torah and science have usually been perceived as two different fields and sometimes even as conflicting with one another. The Torah is Divine wisdom that descends to us from above, while science is the field of human knowledge which grows out of observing the world around us. However, the complete vision is to unite Torah and science. The Zohar[3] states that the world is destined for a flood of knowledge (like water covers the seabed). And just as the flood in the days of Noah occurred as the result of “All the springs of the great deep were split, and the windows of the heavens opened up,”[4] in the same way, the flood of wisdom will come from two complementary sources: human wisdom, as “the springs of the great deep [which burst open from below]” and the Torah, as “the windows of the heavens opened up [from above].” Science will substantiate the Torah for all to see, and the Torah will illuminate and enrich science with a new light.

Select individuals throughout the ages have dealt with this task – such as the righteous Joseph, who was a phenomenal sage both in worldly wisdom and Divine knowledge. Currently a “Torah Academy” should be established in which students study “secular studies in pure sanctity.” However, the ultimate relationship between the two will manifest through the full revelation of Divine Providence, as stated with reference to Mashiach in whose days will be revealed, “A new Torah,”[5] meaning that new, more profound facets of the Torah that Moses transmitted to us will be revealed.

Towards the Kingdom of Israel – Kingdom

The final sefirah is malchut (kingdom), the ability for rectified self-expression in speech and action, by recognizing that I am a vessel that receives all energy from above, with nothing that I call my own, “For from You is everything and from Your Hand we have given it to You.”[6] The inner power of kingdom is positive lowliness – the attribute of King David, who said, “And I am lowly in my eyes.”[7] It is specifically this power that gives us the ability to rise up and rule without a trace of negative arrogance.

In the public realm, we must remember that the goal of a Jewish state is to become the Kingdom of Israel. When we recall all that the evil kings of the past had in mind for the Jewish People and for all of humankind, our natural instinct is to recoil from the concept of a monarchy. However, the desired Jewish King is the complete opposite of a tyrannical dictator, as Maimonides[8] describes, “In the way that Scriptures paid great respect [to the king]… so too they commanded that his heart should be lowly and hollow inside him, as it states, ‘and my heart is hollow within me,’[9] and he should not act too harshly with the Jewish People, as it states, ‘so that his heart shall not be elevated above his brethren,’[10] and he should be gracious and merciful to the small and the great, involving himself in their care and wellbeing. He should protect the honor of even the humblest of men… He should always conduct himself with great humility… a king is referred to as a shepherd… as the Prophets have described the behavior of a shepherd, ‘He shall pasture His flock like a shepherd, He shall gather the lambs with His arm and carry them at His chest.’[11]”

Also to be remembered is that the Sanhedrin is at the king’s side, with broad jurisdiction powers. It is also possible that together with the king a controlling establishment – a government elected by the people – may continue to be involved in the ongoing management of the country.[12] Nonetheless, the king is the one who leads us toward great destinations, such as building the Temple, and his very existence is a bridge that arouses honor to accepting the Kingdom of Heaven. This is how the sages interpret the double expression, “You shall surely appoint [lit.: appoint you shall appoint] a king upon you.”[13] “‘Appoint’ – God’s Kingdom; ‘you shall appoint’ – a flesh and blood king as mentioned with reference to King Solomon, ‘and Solomon sat upon God’s throne as king.’[14]”

On the one hand, the commandment to appoint a king is a commandment given to us, “The Jewish People were commanded three commandments as they entered the Land [the first of which is] to appoint a king, as it says, ‘You shall surely appoint a king upon you.’” Yet, on the other hand, the verse is referring to a Divine goal and promise [i.e., to be revealed from above, not appointed from below], “The Mashiach will stand in the future and return the kingdom of David to the former glory of the first government, and he will build the Temple, and gather in distant Jews. All of the laws will return in his days, as they previously were: the sacrifices will be offered, and Sabbatical and Jubilee years will be kept according to all the commandments that are in the Torah.”[15] But, how will Mashiach come? The sages have already offered two possibilities: either miraculously or naturally.[16] In either case, we are not exempt from acting to reinstate the Kingdom of Israel in a practical way, and it might be that out of our actions come success, thus indicating Divine acceptance. Once this king is appointed, we may then realize that this king is Mashiach according to Maimonides qualifications, “If he acted and was successful and built the Temple in its place and gathered in the distant Jews, then this is definitely Mashiach.”[17]

On the one hand, we talk about a monarchy as a final goal, and even if he tarries we will wait for him. Yet, on the other hand, even now it is possible to derive a practical approach from the commandment to appoint a king, and it is our duty to work toward a rectified leadership. And if the process is accelerated, and Mashiach comes today – we will welcome him warmly!

[14] I Chronicles 29:23; see also, Derech Mitzvoteicha, the commandment to appoint a king.