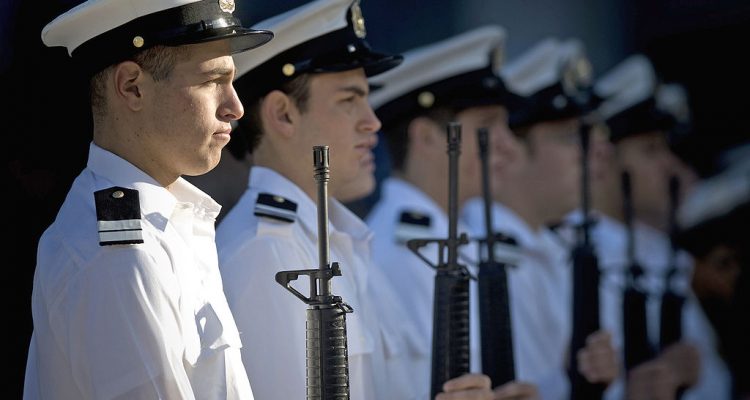 What does the Torah say about security? Warfare, enlistment and training, tactics and military method – something is missing from all these elements of security. Simply put, security begins with trust in God. “Israel trusts in God.”[1] It is only our trust in God that affords us the inner fortitude without which no smart-bombs or super-computers can help. Without fortitude, even an armed soldier will flee, God forbid, from a boy throwing rocks.

When the Ba’al Shem Tov was a small child, his father told him on his deathbed, “My son, do not fear anything in the world except for God.” This is the rectification of the trait of fear in the psyche: To channel the emotion of fear toward God, Who controls everything. When our emotion of fear is rectified, we become armed with might, which is the outer dimension of fear.

This is also true on the national level.  When we trust in God, we are not afraid and we do not frighten ourselves over minor events. Instead, we forcefully use the power that God gave us. This is the first element in both internal and external security.

Additional vital elements of security are assertiveness and decisiveness. The Lubavitcher Rebbe explained that elimination of terror is like surgery. If the surgeon hesitates and his hands tremble, he can actually kill the patient before he finishes the surgery. The surgeon must know how to make his incision with courage and assertiveness. This is a way to understand the saying of the sages “The good among the doctors will go to hell.”[2] This refers to a doctor who is only kind-hearted and does not also have the trait of might to make the incisions where they need to be made. By the same token, we cannot leave terrorists in our country – from the heads of the terror organizations down to the civilians who aid and abet them.

Another issue for the Torah Defense Minister is the Purity of Arms doctrine, which maintains that the soldier shall make use of his weaponry and power only for the fulfillment of the mission and solely to the extent required. This doctrine has morphed into distorted “ethics” which endanger Jewish soldiers. The Torah Defense Minister must surely require ethics and morals of the army, but the rules must be drawn from the Torah. It is the Torah that gave humanity both the directive “Do not murder” while also instructing us that “He who comes to kill you – kill him first.”[3] This approach determines the priorities of the army: The lives of our soldiers take precedence over the lives of the enemy and over a civilian population that aids and abets terror.

Additionally, the Torah Defense Minister must relate to the concept of revenge. Is Judaism in favor of revenge? After all, Jews are a naturally merciful people! But because we are so compassionate, we sometimes become confused. While it is forbidden to take revenge upon our brothers, Judaism does recognize the value of revenge against Israel’s enemies. Is there such a thing as Jewish revenge? Yes. The happiest revenge is when your enemy becomes your friend, as in the Purim story, “Many of the local people became Jewish, for the fear of the Jews was upon them.”[4]