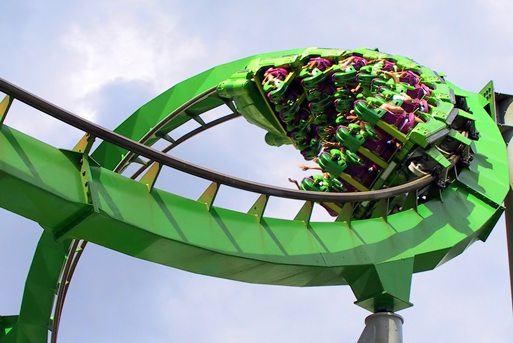 Which World Are You In? The Four Worlds of Activism

Anyone who feels the bitterness of exile and is aware that it is not the natural state of the Jewish People, feels an existential drive to “revolutionize the world” by bringing redemption into every facet of Jewish life. This was what Rabbi Menachem Mendel Schneerson, the Lubavitcher Rebbe, cried out when he called for each and every individual to “Ker a velt heint” (Yid: “overturn the world today”).

The soul-root of every individual belongs to one of four spiritual Worlds – Emanation-Creation-Formation-Action (atzilut-beriyah-yetzirah-asiyah) in which he must create a revolution. “Who is wise? One who knows their place” and if we don’t want to spend the rest of our lives in a frustrating attempt to create a revolution in a World that is not ours, each of us must identify the World that we are affiliated with and create a revolution there. Bringing the redemption necessitates generating a complete and genuine revolution in reality – through peaceful and pleasant means – and this can only be achieved by cooperation between all the different types of individual, each of whom has a talent to revolutionize one particular World.

Let’s consider each of the four spiritual Worlds from the lowest World upwards by bringing examples of the revolution that is required there:

The World of Action, as its name implies, is a World that demands a total revolution in the way things work. The current state of matters is that it is almost impossible to create new settlements and action must be taken to settle every hilltop and take an unwavering stance to develop existing settlements. The terrorism that has struck so many times marks a serious violation of civilian security and demands remaining strictly faithful to Jewish labor. The media bias towards the anti-religious, pro-Arab left demands establishing media outlets with balanced opinions. Budgeting problems demand an economic reform that will allow positive developments. Many of these examples also have a spiritual aspect, but in the world of Action, the demands of reality speak for themselves.

The World of Formation, the world of emotions, manifests in social norms. In this World one moves to the groove of the fashions that are currently politically correct, including law and order (which determine what is desirable or undesirable and either permit or prohibit it, appropriately). Here our efforts lie in the legal field, by establishing Jewish criteria in public life as law. Legal defense must be offered for those who defended their lives against the enemy, and new public norms must be enforced in the fields of media, business and medical ethics.

The World of Creation is the world of the intellect and manifests in the field of education. Here our endeavors are directed at providing genuine Jewish education for all Jewish children. One major example is creating and introducing study programs for secular studies taught through holy subject matter, which combine Torah and science, and develop thinking individuals with a unified world view that counteracts the current religion vs. science conflict. Obviously, there is also adult education, which includes studying Torat Hanefesh (Jewish Psychology according to Chassidic teachings), and initiating a Torah-oriented perspective on public life, etc… All of these are part of the revolution in the World of Creation.

The World of Emanation is totally in the realm of the Divine; it is God’s perspective on reality that manifests in the Torah. It might be hard to imagine that a revolution is necessary in a world that is so perfect; a world in which “this Torah will never be exchanged.” Yet, even Torah innovations are a type of revolution that will lead to the ultimate state of “A new Torah will exude from Me.” The Oral Torah revolutionizes the world when it reveals references to new ideas that arise from the real world of necessity, beginning with the “literal meanings that are innovated daily,” new rulings in Jewish law, and the ultimate peak of exposing completely new dimensions of depth in the Torah.

The Hierarchy of Revolution in Every Realm

When we contemplate this idea more deeply, we can see that all the Worlds manifest in every realm and any genuine change must begin by delving deeper into the Torah to reveal new innovations that will then be integrated via education, bringing about a change in accepted social norms, and onward until they reach the realm of action, which is the ultimate purpose.

Here is a concise example from the realm of the Jewish family, and how a revolution in every world can help change a present-day situation:

Men and women of Action will take a practical stance by encouraging Jewish marriages through matchmaking campaigns, investing in charitable institutions that offer benefits for large families, promoting family harmony, or by fighting against unwanted phenomena such as intermarriage and abortions.

Men and women of Formation will sense that the problem stems from warped social norms, and will act to enforce laws to promote healthy family life (and object to legal and moral legitimization of perversions). They will promote childbirth by offering economic benefits and better work opportunities, creating an atmosphere on the media that encourages good marriages and childbirth, is averted to hasty divorces and objects to self-advancement at the expense of family interests.

Men and women of Creation, who sense that everything depends on education, will encourage educating children to healthy family life from a very young age, will develop pre-marital high-school curricula that include learning about marriage, family and education, and will also teach adults how to approach relationships, marital harmony, childbirth and family life.

Men and women of Emanation will understand that what fuels the entire subject is delving deeper into the Torah to discover new and even revolutionary levels of reference for these subjects. For example, if at first glance it appears that the Chassidut of the past emphasized male service of God at the expense of the home and family (or even by separating from his wife to some extent), the “new Torah” of our generation reveals that Chassidut requires developing the deepest and most fulfilling personal relationships and family connections, and it holds the key to accessing these new levels.

Returning to Heaven to Eart...

Today is Yud Tet Kislev, the 19th day of

Rabbi Ginsburgh on the founders of Chassidut, the Ba'al

The Lubavitcher Rebbe coined the word Ufaratzta (“and you