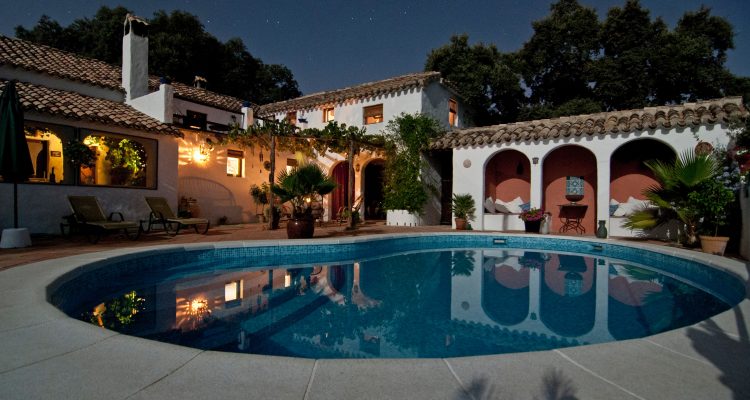 Navigating a trial requires confidence in God. In principle, every trial is a trial of faith, when it seems that God’s Providence has been removed (God forbid). The person has to gather his strength and choose the right way to proceed. Chassidut uses the metaphor of an engraved seal for a trial or test. To pass the trial or test, as it were, the individual needs to act like an embossed seal. The meaning behind this double-metaphor is that a trial or test is experienced as if God had removed or contracted His presence, as it were, leaving an empty space in the individual’s life that beckons man to fill it, hence the metaphor of the individual needing to act like an embossed seal.

The verse “For Havayah your God is testing you to know if you love Havayah your God”[1] describes the atmosphere felt when one is enduring a test. The Torah posits that a trial makes it seem that God does not know the future and therefore does not know what the person will choose: will he choose to pass the test or will he give up? The person faced with the test feels that the future is now entirely determined by him alone. Thus, the Chasidic interpretation of this verse stresses that what is happening during a test is that the individual has the chance to transform an insecure, uncertain state (in himself), where he feels, as it were, that God is standing aside and not getting involved, into a state of concrete, palpable, conscious trust, confidence, and love of God.

When God hides His face, so to speak, we are faced with a test. It is therefore normal to assume that poverty—a state in which God hides His financial face, as it were from a person—is a very difficult test of a person’s faith in God. However, surprisingly, the sages state that the test of having wealth is more difficult than the test of poverty. How can this be?

Simply put, the trial of wealth is to resist the temptation to think and feel that my wealth is the result of, “my power and the strength of my hand [which] have brought me all of this prosperity.”[2] The wealthy individual must constantly fight to stop himself from falling into a state of overindulgent apathy and indifference toward God.

The antidote to this feeling of self-aggrandizement can be found in the verse that is also known as the “commemoration of the Land of Israel.”[3] Our Divine service in the Land of Israel is meant to be accompanied by wealth – not just material, but spiritual as well – as the verse says, “with joy and a good heart, out of an abundance of everything.”[4] Since the Land of Israel is meant to be a place of wealth, its commemoration provides us with the clearest example of what rectified trust in God means: “Remember that it is Havayah your God who gives you the power to succeed, in fulfillment of the covenant He made, the oath He took, with your forefathers.”[5]

Since the ultimate purpose of a test is to encourage a person to become like a powerful, confident, and embossed seal, this verse that commemorates the essence of Divine service in the Land of Israel is much more than a warning. It is not only cautioning us about forgetting the Divine source of our success or about regressing into a state where we feel that God’s face is concealed, and it is only our natural talents and hard work that are responsible for our success. The commemoration of the Land of Israel is a call, even a demand – to use the talents given to us to succeed. Thus, the test of wealth is about whether we will choose to sink into comfort, or whether we will take full advantage of the wealth, both physical and spiritual, with which God has blessed us.

It is easier to navigate a trial when difficult circumstances demand us to be strong (the only other alternative being to perish, God forbid) than it is to squeeze more fortitude and intensity out of ourselves when all is good. Passing the test of poverty resembles a state of waiting, like taking a break from ordinary life while hoping that the hardship will soon pass. On the other hand, passing the test of wealth requires a change in our ordinary, comfortable lives, in the hope that the blessings of wealth will not simply pass.

It is not surprising then that the reward for passing the test of wealth is greater. In the last ma’amar (essay) that he distributed, the Lubavitcher Rebbe spoke about those chasidim who selflessly withstood the very difficult test of poverty in Communist Russia. Nonetheless, when they were allowed to emigrate to wealthier Western countries, the trials they had withstood did not continue to play a part in their Divine service.

The Rebbe explained that the difficulties that accompany any trial uncover a supernatural dimension of the psyche, which has the power to overcome personal weaknesses. But this supernatural dimension disappears when the difficulties end. So even though the Jews of the Soviet Union were able to endure tremendous hardship in Russia, their endurance did not continue when they moved to the West. Conversely, when someone is moved to act, not to survive per se, but because he experiences the pain of the long exile and this motivates him to expend efforts (even though personally, times are good) this opens a supernatural dimension that is constant and stable in the personality. He is affected down to the minutest particle of his being. He feels that every iota of his abilities is crying out to him, demanding that he use it in the best possible way and beyond.

This phenomenon described by the Rebbe is readily apparent in all his thousands of letters, essays, and discourses. The Rebbe himself was a symbol for an entire generation that shifted from the horrors of the Holocaust and life under an antisemitic communist dictatorship to the freedom and prosperity of Western countries that enabled them to act, aided by the many possibilities that come with prosperity. As such, the Rebbe made public the demand for more and more initiative, commitment, and tireless, miraculous action—all of which constitute the right way to navigate the test of wealth, the test of the Land of Israel. The successful integration of this principle is what truly produces what can be called a new Jew—one who experiences the supernatural at every level of his soul and affects the world in wondrous ways.

Photo by Vita Vilcina on Unsplash

[3]. There are six verses that are described as the recollections or memorial commemorations of special events in the Penateuch. These are usually recited after Shacharit every day. However, there are some extended versions that include more than 6 verses. One of these was compiled by Rabbi Levi Yitzchak of Berditchev and he adds this next verse into his list.