The Higher and Lower Waters: Incorporating Art and Science into Torah Education

The Ba'al Shem Tov teaches that there are three dimensions of reality: Worlds, Souls and Divinity. Each has its inherent wisdom. The pure wisdom of Worlds, created reality, is mathematics; the pure wisdom of Souls is music and the wisdom of Divinity is the wisdom of Torah. The Vilna Gaon and other sources explain that the epitome of science is pure mathematics. This is verified by scientists as well. The common expression in science is that mathematics is the queen of the sciences. The expression goes on to say that pure number theory is the queen of mathematics. Thus, the epitome of knowledge vis a vis Worlds is pure mathematics or pure number theory. This is explicitly explained by great Torah scholars who also state that above mathematics is music. Music relates to the soul itself, which is above the concept of Worlds. Above all, the wisdom of God Himself is the Torah. This can be likened to a pyramid of three levels, in which the highest level is infinitely above the others. Nonetheless, there is a relationship of Torah becoming experienced in music, and then being reflected in pure mathematics, the ultimate wisdom of Worlds.

Following the disciplines closest to Torah, music and mathematics, the sciences must be clarified. This is called berur. Nowadays, as most of the sciences become more "spiritual" it is possible to clarify the sciences with the proper intention and study by those people capable of undertaking such a task. A negative aspect of science is that it gives reality a feeling of yeshus, physical existence. This yeshus is being progressively stripped, as in the theory of today's scientists that an electron is not a physical entity. This means that reality is being appreciated from a spiritual perspective. One of the most negative aspects of science was always the Greek theory of the primordial existence of the physical universe. Now science is very near the theory of continual creation of all matter and energy. Science is approaching the Unified Field Theory. Time and space have already been clarified. In Kabbalah this is called yichuda ila'ah. Matter and energy have also been unified, as represented by the equation: E equals MC squared. This is yichuda ta?ta?ah.Now it remains to unify all four forces of nature, wherein each force corresponds to one of the four letters of God's Name and to the four Worlds, etc.

There are still disciplines which a Jew in no manner whatsoever need touch. Anything which smacks of blasphemyshould be discarded, as its purpose is not positive. The members of the Sanhedrin were appointed by God to judge reality. As such, they had to be expert in all the areas they judged, such as idol worship or foreign languages. This does not apply to the average person. A person could definitely have a sense or talent for literature or poetry, which should be developed. These subjects can be developed in the context of purely kosher thought, which is basically Torah, but can include anything else which is kosher, and does not smack of blasphemy.

In chapter 8 of the Tanya it is explained that the study of secular topics is permissible either for the sake of creating a source of income, or to use that knowledge for the service of God, as was the case with the great sages, the Rambam and Ramban. These two reasons are not presented by the Tanya in a negative light, as though people who are not able to master Torah may instead study secular subjects. The very opposite is true. Secular studies were permitted especially for the very greatest masters of Torah, such as the Rambam and Ramban, who were first expert in all the revealed and esoteric dimensions of the Torah. They invested a great amount of time to master the secular subjects of mathematics, science and medicine. Medicine is for the sake of helping mankind, which is a mitzvah ("commandment"). The other topics were studied because by knowing them one can better serve God. Through the knowledge of science one can meditate upon the greatness of God in the creation of the universe. The Rambam at the beginning of the Mishnah Torah explicitly says that one should meditate on the wonders of nature, as explained in science, in order to achieve proper Love of Godand Fear of Heaven.

The necessity to study secular topics as a source of income can also apply to a great Torah scholar. It is in no way a derogatory statement. This is a lower level than the person who studies secular topics in order to better serve God. In previous generations, study of secular topics in order to better serve God was reserved for the elite, such as theRambam and Ramban. However, in our generation this knowledge is more accessible and, as stated above, more "spiritual." Science is so close to Torah, that the ability to use science for the sake of serving God is much more applicable to everyone than it was in the time of the Rambam and Ramban. Both the above reasons for studying secular topics according to the Tanya are in no way derogatory. On the contrary, they apply to very great souls. 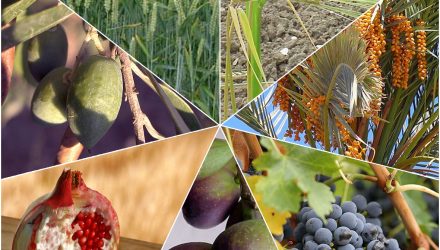 Groups of Species One of the most interesting ways that the word “species” (מִין) used in the Oral Torah[1] is as part of idioms. The sages group

Nature, Miracles, and the W...

Background In the past few months two new books