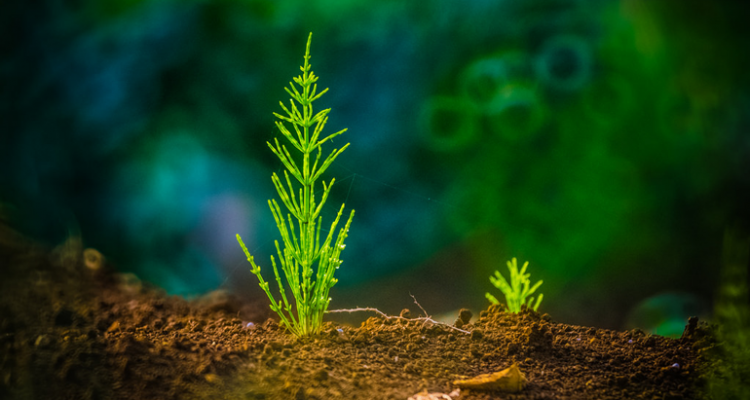 One of the interesting things about Parashat Shemot, which literally means, “Names,” is that aside from the initial listing of all the names of Jacob and his sons who came to Egypt, there are no other proper names mentioned in the first few paragraphs. Even Pharaoh is the generic name for all kings of Egypt. Here he is most of the time just referred to as, “King of Egypt.” The names of the midwives, Shifrah and Puah, that are mentioned in the parashah, appear to be their professional pseudonyms, rather than their true names, as Rashi states, Shifrah (שִׁפְרָה) is Yocheved, [so called] because she would improve (מְשַׁפֶּרֶת) the newborn, and Pu'ah (פּוּעָה) is Miriam because she would call out (פּוֹעָה) to the newborn, and speak and chatter to the newborn, as women do to calm a crying babe.

Even when the child destined to be the redeemer of Israel is born, the names of his family members are not mentioned. We are only told that, “A man from the House of Levi took a daughter of Levi.” When the redeemer is born, his name is also not mentioned explicitly. When the baby gets too old to hide any longer, his [unnamed] mother places him in a basket and his [unnamed] sister stands by the river to watch what happens to him. Then Pharaoh’s [unnamed] daughter draws him out of the water, “And she called him 'Moses'” – at last, someone has a name in this anonymous story. Indeed, Moses (מֹשֶה), when spelled backwards, reads, "the name" (הַשֵם)! Pharaoh’s daughter giving the redeemer his name seems like a simple enough act at first, but in fact it presents the turning point in the story of the Egyptian exile. It is the moment in which the nameless are given a name and exile is turned into redemption.

Parashat Shemot describes the hard labor that the Jewish people suffered at the hands of the Egyptians and interpreting the absence of names in the parashah from a realistic perspective, we could say that the Jewish people in Egypt hid their identities out of fear of being punished for their acts as we see that Miriam stood “afar” to watch over her baby brother in the river. But beyond living in constant fear, being exiled in a foreign and hostile environment and suffering slavery and bondage under inhumane conditions strips an individual of all identity by chipping away at his individuality. In our generation, the dehumanizing effects of stripping away a person’s name and identity were practiced by the fiends who executed the horrendous atrocities of the Holocaust.

What’s in a name

Yet, to understand the significance of non-identity more deeply, we need to realize the value of having a name.

When parents name their child, so the sages teach us, they are unknowingly inspired by a spark of prophecy; their choice of a name is actually the definition of their child’s mission and destiny in the world. In fact, the sages often interpret the names of Biblical figures according to their acts as we see to some extent from the above midrash regarding Shifrah and Pu'ah. We too can glean some measure of insight into our own mission in life by meditating on our Jewish name and the Biblical and Talmudic characters that bore it before us.

Yet, when the Jewish people reeled under the heavy burden of exile, they began to lose sight of their true identity and their individual memory of their national destiny became obscured by the suffering of bondage. Nonetheless, they never truly lost their names. Like a seed that has decomposed in the earth, just when it seems there is no hope for survival and that the people's spirit has been completely obliterated, God forbid, a fresh sprout of greeny life pushes its way skyward, “Behold a man, whose name is Tzemach [צֶמַח], and from beneath him he will sprout [יִצְמַח].” Mashiach’s name is Tzemach (צֶמַח), meaning “a plant”; the redeemer’s name will sprout from an arid wilderness, apparently void of all names. In fact, Mashiach (מָשִיחַ), the final redeemed, is a permutation of the words, “a living name” (שֵׁם חַי), just as we saw above with regard to Moses, the first redeemer, whose name when spelled backwards reads, "the name"; when the Jewish people arouse from their slumber in exile, Jewish names come alive too.

Chassidut teaches us that the “decomposition” experienced in exile is actually the necessary nullification of the ego's initial self-centeredness, allowing a new, refined definition of selfhood to flourish. The names of the children of Israel when they ascended from Egypt were indeed the same names with which they descended, but they were now infused with a new vibrant vitality that the original names could never have attained without first undergoing the refining process in the Egyptian “pot of iron.”

A name is so inherent to an individual's selfhood that it is impossible to conceive of someone without a name. Nonetheless, there is a point, in the soul's very depths, where there is no name and no unavoidable fate, as the sages say, "Israel have no mazal [fate].” At that very point at which the soul is “an absolute part of God above” there is no way that it can be identified. Although in general we are unable to experience this point of naked Divinity in our souls, it comes to the fore at moments of great self-sacrifice when we are prepared to surrender not only our identity, but our very existence for a cause that is beyond our comprehension. It is at that moment, when we nullify ourselves and our identities, that our name is recreated with a new, refined definition.

When Pharaoh decreed that all male newborns be thrown into the Nile, the Jewish people were at the brink of losing all hope. Moshe Rabbeinu's father, Amram divorced his wife Yocheved to prevent them from losing any children to Pharaoh's hatred. Because Amram was considered a leader, the entire Jewish people followed suit and divorced their wives. Yet, his daughter Miriam (מִרְיָם) who was born into the bitterness (מְרִירוּת) of exile, realized that this was an act of total despair. “Pharaoh's decree is only on the male newborns, but your decree affects both male and female!” she told her father. Amram subsequently remarried Yocheved and Moses was born. The self-sacrifice that was evident in propagating the Jewish people at a moment of such dire danger is apparent in the absence of their names in the Torah. The light of the Jewish people had almost been totally obliterated in the darkness of exile and their names too.

In an act of total reliance on Divine compassion, Yocheved placed Moses in a basket on the Nile, as Pharaoh decreed, “Every male child shall be cast into the water.” Instead of the act of despair that Amram had initially proposed came an act of total reliance on God, “Cast your burden upon God and He will provide for you.” By totally "relinquishing our souls" (כְּלוֹת הַנֶפֶש) to God’s compassion, we merit the "Exodus from Egypt" (יְצִיאַת מִצְרָים). Indeed, the two idioms both have a numerical value of 891 (11 times 92), the identical value of the names of the three siblings in whose merit we were redeemed from Egypt and given the Torah – Moses, Aaron, and Miriam (מֹשֶה אַהֲרֹן מִרְיָם). All this occurs while Moses remains nameless, before his soul actually descends from that point of anonymous attachment to the Divine.

When the Egyptian princess drew Moses out of the water, in essence, she was bringing him out of his state of non-existence into existence. It was then that she gave Moses (מֹשֶׁה) his name. Like Achashverosh’s sleepless night in the Book of Esther, this was the moment when the tables in Heaven were turned around, so to speak, when the redemption of the Jewish people began to sprout from within the Egyptian culture itself. Even though it appeared that nothing had changed, the Jewish people were still enslaved to Egypt and no sign of redemption appeared for another eighty(!) years, nonetheless, the era of redemption had begun.

The Egyptian exile began with a dynasty of nameless Pharaohs, who oppressed the Jewish people in an attempt to obliterate their names and identities. One opinion of the sages states that the ultimate redemption will be marked by a dynasty of righteous messianic kings who are all called “David.” Mashiach will be the one to reveal the hidden point of self-sacrifice in the soul of every Jew, from where he will reemerge revitalized with a new-old name, “David, the king of Israel, lives and exists!”