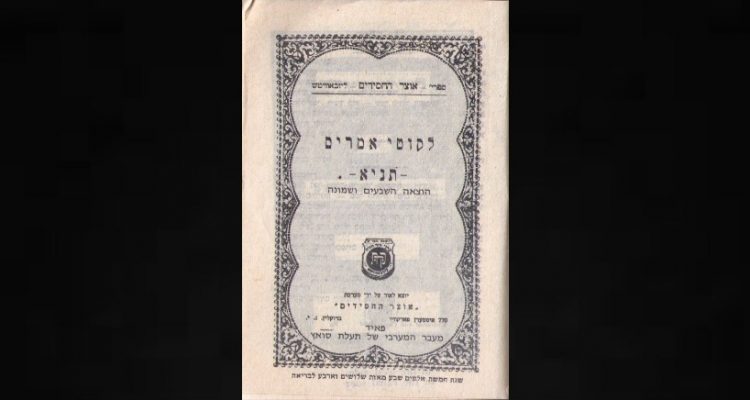 The Secret of Synthesis – The Beinoni Part 2: “My First-Born, Israel”

A short synopsis of Rabbi Ginsburgh’s lecture series on the Beinoni, the Intermediary person described in the Tanya, as synthesis.

A short synopsis of Rabbi Ginsburgh’s 3-part lecture series on the Beinoni, the Intermediary person described in the Tanya.

Jacob and Esau are two opposites. Even before they were born, they were developing in opposite directions. They are an excellent example of thesis and antithesis. Each son has his qualities, for which he is beloved and chosen by one of his parents. Each of them attempts to acquire the qualities of his brother for himself. (Esau manipulates his father with Jacob-like questions that would only be asked by someone with genuine Fear of Heaven, while Jacob buys Esau’s birthright and steals his blessings with an Esavian masquerade). Can true synthesis be reached between these two brothers?

At the end of Jacob’s wrestling match with Esau’s ministering angel, he receives the angel’s blessing. “No longer will your name be Jacob, but rather, it will be Yisrael, for you have contended with God and with man and you have prevailed.” The name Yisrael, authorized by God later in this Torah portion, is the actual name of synthesis. First it requires the integration of Esau’s qualities and sparks (beginning with his assertiveness, his directness and his dominance) into Jacob’s being. In fact, the numerical value of “Jacob” (יַעֲקֹב) plus the numerical value of “Satan” (שָׂטָן)—the spiritual source of Esau’s dominance—equal the value of “Yisrael (יִשְׂרָאֵל)!

Jacob is the archetypal soul of beauty (tiferet), which is also a synthesis. This is most apparent in its experiential dimension, compassion (rachamim), which is seen as a synthesis of lovingkindness (chesed), the Abraham’s essential attribute, and might (gevurah), Isaac’s essential attribute. Indeed, in its most developed state, beauty is referred to as “the Beauty of Israel” (tiferet Yisrael) following the verse, “Yisrael, in you I [God] will be glorified” (Isaiah 49:3). A beautiful mathematical allusion to this premise is that the value of  the word translated as, “I will be glorified” (אֶתְפָּאָר) is the same as the value of the words, “right left middle” (יָמִין שְׂמֹאל אֶמְצַע) the trademark phrase describing thesis-antithesis-synthesis. Yisrael is the synthesis of all the tribes and souls and even all of humanity that rises up to follow “Havayah, the God of Israel.”

Jacob contends for the firstborn status from the very inception of his life, even while still in his mother’s womb. He continues to do so until he eventually purchases the firstborn rights from Esau and then takes the latter’s blessings. Does achieving the state of synthesis (by being named Yisrael) retroactively make his struggle to achieve the initial status of thesis extraneous?

If we take the patriarchs as an example, the process plays out as follows: from Abraham, the initial thesis, we turn to Isaac, his antithesis. Jacob, their synthesis, is Isaac’s son, close to him and obligated to honor him. But his essential trait of compassion is closer to Abraham’s essential trait of lovingkindness, as we learn from the verse in Isaiah, “Jacob, who redeemed Abraham.”

In order for it to be Jacob who “consumes” Esau and incorporates his qualities, it is important for him to be the first-born. It is specifically when Jacob is the thesis and Esau the antithesis that the synthesis, Yisrael, (who merits to merge “The voice is the voice of Jacob” with “The hands are the hands of Esau”) will be expressed.

Let us give another example of this from recent generations:

There were those who viewed the Chassidic movement as an antithesis to the thesis that prevailed at that time in the Torah world. Chassidut was viewed as a protest against the spiritually lethargic and stale mood prevalent in Judaism in the 18th century. However, to the founders of the Chassidic movement—the Ba’al Shem Tov, the Maggid of Mezeritch and the Alter Rebbe—it was important to present the Chassidic movement as a thesis and to view those who opposed it as the antithesis. This analysis was in practice adopted by the first and second generation opposers of Chassidut, who accepted the title of “Mitnagdim” (Opposers)—admitting that Chassidut was the thesis and they, the antithesis.

Despite this fact and the spirit of the Ba’al Shem Tov, the Maggid, and the Alter Rebbe, the majority of Chassidim felt a certain submission to the prevailing Torah establishment, a sentiment that somewhat limited Chassidut’s initial surge. Ultimately, however, Chassidut will prevail. As the synthesis is reached, Chassidut will consume, so to speak, and include all the important and precious qualities of the world of Torah and Fear of Heaven (which was the source of the opposition to Chassidut) into a more complete, authentic form of serving God.

For an ilui neshamah for R' Elimelech ben Moshe and Hinda