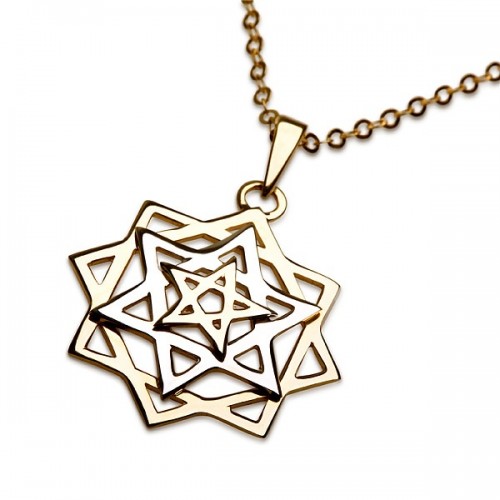 Rectification of Eve – A Spiritual Symbol of Peace

The form of the shield of Solomon expresses the most fundamental underlying principle of art, both of Divine art (i.e., the creation of the world) and human art: the golden section. The Golden Section is a mathematical ratio represented by the formula on the left.

. The unique element of this ratio is the square root of five, which is reflected in the form of this star, as follows.

Be the first to review “Rectification of Chavah (Eve)” Cancel reply