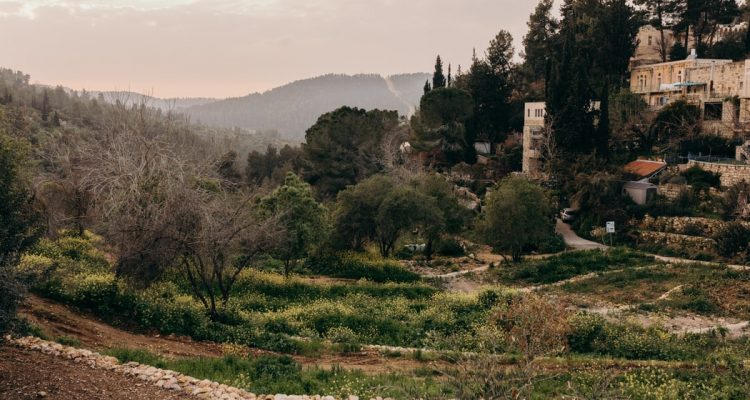 By Virtue of the Land of Israel

Two hundred and fourteen years ago, on the 19th of Kislev 5559, the Alter Rebbe, Rabbi Shneur Zalman of Liadi, was released from prison in Russia. His arrest was in fact the result of libelous slander spread by opponents to the Chassidic movement. In spite of this revealed fact, the Alter Rebbe realized that his arrest reflected spiritual opposition to his new method of disseminating the Torah’s inner dimension openly. From both perspectives, his release from prison was a victory for Chassidut and a heavenly decree that indeed the light of Chassidic teachings should illuminate the farthest and darkest extremes. From that day on, Chabad Chassidim, and all those who hold dear the light Chassidut spreads around the world, celebrate the 19th of Kislev, the Alter Rebbe’s “festival of redemption,” as a festive day.

The Alter Rebbe wrote a letter to his good friend, Rebbe Levi Yitzchak of Berditchev, announcing his acquittal. He wrote, “Who am I, a lowly person as I am, that God has brought me this far and Heaven’s Name was sanctified through me…. But it was God who gave us this privilege by virtue of the Holy Land and its residents, and may He help us at all times to broaden our borders, and extricate us from dire straits.” It is surprising that of all his myriad accomplishments, teaching Torah to thousands, his Torah learning, his prayer and his charity, the Alter Rebbe saw fit to attribute his release to the merit of the land of Israel in particular (followers enumerated the Alter Rebbe’s ten principal merits, so apparently, the merit of the Holy Land was the greatest of them all).

The merit of the Holy Land and its residents that the Alter Rebbe mentions in his letter, refers to his wholehearted encouragement that his followers send financial support to the Jewish communities residing in the land of Israel at that time, in particular to the community of Chassidim who had settled there some twenty years earlier under the auspices of Rebbe Menachem Mendel of Vitebsk, the Alter Rebbe’s teacher and friend. for whom, the monetary support was vital. In fact, this financial support was the main cause behind the Alter Rebbe’s arrest, as his opponents used it to falsely charge him with assisting the Ottoman Empire, enemies of the Czar. Humorously, we might state that the Alter Rebbe was implying that just as the Holy Land was the source of his arrest, it was also his chief advocate in Heaven ensuring his release.

“The merit of the landof Israel” is a concept often gleaned from Parashat Vayishlach, which is always read with proximity to the 19th of Kislev. Before Jacob met Esau, the verse states, “Jacob was very fearful.” What did the righteous Jacob, an honest and sincere tent-dweller, the choice of the Patriarchs, have to fear from the evil Esau? The sages explain Jacob’s fear in the Midrash, “Yaakov said: All these years Esau has been dwelling in the land of Israel, perhaps he is coming against me with the spiritual merit of living in the land of Israel?”

Before Jacob’s rendezvous with Esau he said, “with Laban I have sojourned” and Rashi interprets, “I have sojourned (גרתי) has a gematria of 613, meaning that I lived with the evil Laban and observed 613 mitzvot.” One can observe all 613 mitzvot, but as long as one remains outside the borders of the land of Israel, something essential is lacking; mitzvah observance outside the land of Israel is metaphorically described as “placing signposts” (see Jeremiah 31:20) relative to mitzvah observance in the Holy Land. So, despite all of Esau’s wicked deeds, he has one merit that stands up to Jacob’s exemplary conduct: his steadfast hold on the Holy land.

To delve deeper into the nature of the merit of the land of Israel, let’s look at the Alter Rebbe’s open letters in which he encouraged his disciples to give charity to the Jewish community in the land of Israel. In these letters, the Alter Rebbe clarifies in depth the importance of charity in general and charity for the Holy land’s residents in particular.

The Alter Rebbe explains in length the special significance of observing the practical mitzvot. The soul’s descent into this world is meant to rectify it, through the physical body, by clarifying and elevating it. Thus, despite the supernal intentions filling one’s heart through the fear and love of God, intentions, life’s purpose is found in the actions performed with our physical body, by means of physical objects (such as the animal hide from which tefillin are made).

Yet the mitzvah of charity has the most special effect, so much so that whenever the Jerusalem Talmud speaks of a generic mitzvah it is actually referring to charity. This is because what a person gives to charity is literally his lifeblood. representing an investment of time and effort in mundane reality and used to sustain our existence in the physical world (like Jacob who worked with all his might and indeed, he took great care of his acquisitions, even crossing over the Yabok passage at night to retrieve “small vessels”). Thus, charity is not merely another in a long list of mitzvot, but an all inclusive mitzvah, by which the individual gives from his very being. By giving charity, we observe the injunction to “Love God with all your might,” which the sages explain means, “with all your money.”

The act of giving charity is compared to sowing a field. But, this is not an earthly field that we sow with our charity, rather it is the “supernal land,” the source of all Jewish souls. Once the seeds of charity have been sown, they begin to grow and bear fruit in the form of a Divine light of redemption descending from above. It is God who is referred to as, “Sower of charitable deeds and Grower of redemption.” When the fruits of charity ripen they become tangible moments of redemption for the soul and when all of this light descends upon us, we will together experience the true and complete redemption. This is the meaning of the phrase, “charity is great, for it brings redemption.”

All this holds true every time a Jew gives a penny to charity, but charity for the residents of the Holy Land has as an even more outstanding quality. This is because the mundane, earthly land of Israel identifies with and reflects the “supernal land,” mentioned above. Residents of the Holy Land have the privilege of “walking before God in the lands [plural!] of life,” meaning that they live simultaneously both in the land of Israel below and in its supernal counterpart above. Every good deed performed here, is immediately sown in the higher land where it ripens into redemption. Outside the Holy Land, the spirit of all good deeds follows a winding path until it eventually influences reality. But, good deeds performed in the land of Israel, follow a direct path from the “mundane arousal” motivating the individual performing the act to the “supernal arousal” from above, bringing the light of redemption into reality.

The verse states that, “The eyes of Havayah, your God, are constantly upon it [the Holy Land].” God’s Providence over the Holy Land is likened to sight, which operates at the speed of light, and in a straight line. But, God’s Providence over the rest of the world is likened to hearing, which operates at the much slower speed of sound and indirectly. This is the difference between the land of Israel and all other countries.

One most relevant application of charity for the land of Israel today is the support of Jewish labor in Israel. Usually, using Jewish labor appears far more costly than the alternatives. But, in truth, it is far more precious and the difference is certainly the highest form of charity dedicated to the well-being and success of the Jewish residents of the Holy Land.

A ladder between heaven and earth

Now we can better understand the significance of the “merit of the land of Israel” that was so precious in Jacob’s eyes and in the eyes of the Alter Rebbe. The merit of the Holy Land is the great merit of living in a land where every act performed has inherent value, in a land that supports fruitful dialogue between heaven and earth, between body, soul and the source of all souls, and between the Jewish people and the Almighty.

It is the greatest thinkers—those spiritual giants who delve with their intellect into higher worlds to fathom the unknown—who best understand the secret hidden in the lowest, material world. It is they who recognize the special quality of the Land of Life. Though Jacob sees a ladder reaching the heavens above and “God standing over him,” he is also the one to recognize the importance of the ladder’s base, standing with its feet on the ground revealing the importance of possessing the land and settling it. His first act upon returning to the land of Israel from Haran is to purchase a plot of land outside the city of Shechem.

It follows then that the Alter Rebbe, with all his far-reaching intellectual work and in-depth study of the Divine and the depths of the human soul, would be the one to appreciate and emphasize the great significance of mundane action, from the act of giving a single coin to a needy individual to supporting the entire Jewish community in the land of Israel.

Our generation’s task is to complete the connection between heaven and earth, between revealing the inner dimension of the Torah’s mysteries in the era of redemption and reestablishing the Jewish kingdom, here on earth.

Photo by Laura Siegal on Unsplash 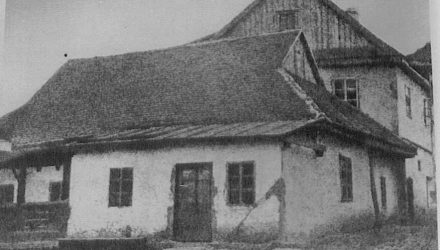 The Forefathers of Chassidut

(Excerpted from Rabbi Ginsburgh’s English class on 19 Kislev 5781) The 19th of Kislev is significant for two reasons: This is the day that the Maggid of

There are three fathers to the Chassidic movement: The

Who was Isaac? What role

Rabbi Nachum of Chernobyl: Is ...

Q: How should the principles